Mesothelioma and the Coast Guard

Asbestos is the reason mesothelioma and Coast Guard veterans are connected. Their risk of exposure is similar to Navy veterans, and past Coast Guard members can file for benefits.

Important Facts About Mesothelioma and the Coast Guard

Due to the small size of the branch, there are very few Coast Guard veterans with mesothelioma. However, there are some diagnosed every year.

Doctors in the Boston VA health care system treated 56 veterans with mesothelioma from 2011-2016. Two of them served in the Coast Guard. This is just 4% of the cases — well behind the Army and Navy — but deserves awareness. 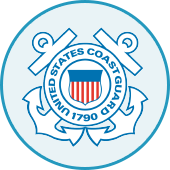 Coast Guard Veterans Can Get Compensation

Asbestos in the Coast Guard

The Coast Guard is a maritime law enforcement agency and part of the Department of Homeland Security. It conducts search and rescue missions, defends the environment and protects U.S. coastlines and waterways.

Coast Guard members served on ships and in shipyards. Their asbestos exposures are similar to the Navy, which has the highest rate of mesothelioma cases in the military. So it’s safe to assume Coast Guard veterans were exposed regularly to asbestos.

Coast Guard ships built prior to the 1980s likely contained asbestos. The types of ships range from lifeboats to response boats. Other Coast Guard vessels where exposure occurred include:

Some of the specific Coast Guard ships built during asbestos’ heyday include:

Asbestos was a go-to material for insulation and fire protection, which was paramount for gaskets, valves, wiring, insulation, pipes, deck coating, floor materials, engine rooms and boiler rooms. The military didn’t know when building the ships that asbestos causes mesothelioma and other deadly diseases.

Cutters, a type of boat used by the Coast Guard, were notoriously built with asbestos for decades. The U.S. Department of Homeland Security reported that any cutters built prior to 1991 may have included asbestos.

“Routine exposure for asbestos and lead would include working on and berthing in a Coast Guard cutter where there may be small exposed areas of asbestos-containing thermal insulation, a number of torn asbestos-containing floor tiles, and lead dust from lead ballast ingots and lead-containing paint,” the report states.

Exceptional exposure instances include maintenance procedures, such as:

Coast Guard veterans serving in shipyards also faced a high risk of exposure to asbestos. Duke University researchers found that shipyard workers made up more mesothelioma cases than any other occupation.

A report by Occupational and Environmental Medicine correlates Coast Guard shipyard work to mesothelioma. In a study of more than 4,000 workers, there were six mesothelioma deaths. The rate was significantly higher than other diseases, and mesothelioma was the only cancer correlating to length of time serving in the shipyard.

“Excesses for mesothelioma and lung cancer occurred in many occupations, suggesting that exposure to asbestos was widespread,” the authors wrote.

The shipyard jobs with at least one mesothelioma death were:

The U.S. Coast Guard operates its own shipyard, Curtis Bay Shipyard, in Baltimore, Maryland. Veterans who were stationed at Curtis Bay have a significantly higher risk of developing mesothelioma than other Coast Guard veterans.

The Curtis Bay Yard has been in operation since 1899 and is the only industrial shipyard and repair center for the Coast Guard.

The Agency for Toxic Substances and Disease Registry confirms the use of asbestos in the shipyard. From the 1940s through 1963, the yard’s former “Burn Pit” was used for disposing and incinerating asbestos-containing materials, among other materials.

Coast Guard veterans are eligible for compensation from numerous sources. Benefits from the U.S. Department of Veterans Affairs (VA) provide a consistent source of financial help. Legal claims can result in a large sum of money in one payment.

VA claims for Coast Guard veterans with a service-connected mesothelioma start at $3,146 per month. Service-connected means the veteran was exposed primarily during active duty. This qualifies them for VA Disability Compensation.

Coast Guard veterans with civilian asbestos cancer — meaning they were exposed mostly before or after service — can file a different type of VA claim. This is called VA Pension, which is an income-based monthly benefit for veterans with wartime service.

Survivors of deceased Coast Guard veterans can file for survivors compensation if their loved one died of mesothelioma.

Since the military bought asbestos from manufacturers, legal claims (lawsuits and asbestos trust fund filings) go against those manufacturing companies.

These businesses knew asbestos was deadly but disregarded the health of brave Coast Guard veterans. They sold the mineral to the government for use in military ships, aircraft and more.

Veterans advocate and retired Navy LCDR Carl Jewett can help you and other Coast Guard veterans through the claims process. He can help you file your VA claim and assist you in connecting with a mesothelioma lawyer with experience handling asbestos exposure cases.

How often do Coast Guard veterans get mesothelioma?

Mesothelioma is a rare cancer, and the Coast Guard is the smallest military branch. However, there are a few reported cases of Coast Guard veterans developing mesothelioma.

Where were Coast Guard veterans exposed to asbestos?

The U.S. Coast Guard primarily serves on ships, so asbestos exposures were similar to the Navy, which faces the highest rates of mesothelioma in the military. Coast Guard members were also exposed in shipyards, such as the Curtis Bay Shipyard in Baltimore, Maryland.

Are Coast Guard veterans with mesothelioma eligible for benefits?

The VA provides Disability Compensation or Pension payments to Coast Guard veterans with mesothelioma. VA claims benefits could provide thousands of dollars in monthly compensation to the veteran or their surviving dependents.