For over 10 years, Commander Jewett has dedicated himself to helping veterans with mesothelioma navigate the Veterans Affairs (VA) system, apply for benefits and fight their disease.

Get to Know Carl

Carl Jewett is a retired Navy LCDR (O-4) and serves as a VA-Accredited Claims Agent specializing in assisting veterans in filing for VA benefits related to asbestos illnesses. He currently resides in Winter Springs, Florida with his wife of more than 30 years. They have three adult children.

Commander Jewett has helped over 1200 veterans file VA claims for asbestos-related diseases. Read our testimonials to hear some of their stories. 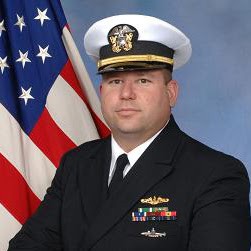 Commander Jewett helps veterans with mesothelioma and asbestos related lung cancer file for VA benefits. As a VA-accredited claims agent, he knows the VA system and helps veterans understand the benefits and compensation options available to them.

Commander Jewett can help you file for:

Get the Veterans Guide Now

In 2008, Commander Jewett retired from the Navy after serving 24 years on active duty and began assisting veterans diagnosed with asbestos diseases in filing for benefits through the Department of Veterans Affairs.

“I spent 24 years on active duty looking out for my shipmates, in the very same way they looked out for me. Now, I consider it an honor to once again serve my fellow veterans by providing them with specialized assistance in filing for the VA benefits they deserve. I also strive to provide veterans with expert advice and information regarding their disease and provide them with resources to help increase their odds of beating it.”

Commander Jewett joined the Mesothelioma Guide podcast to discuss the VA claims process and how he helps veterans with mesothelioma. You can listen to the full interview in the video player below. It’s an insightful summary of how VA claims work and why Commander Jewett’s experience is vital in getting claims approved.

In 1985, Commander Jewett enlisted in the U.S. Navy and after his initial training in electronics, received follow on training in Nuclear Power operations in Orlando, FL. He then served in the Reactor Controls Division on three nuclear fast-attack submarines.

After completing his first shore tour as an instructor at Naval Nuclear Power Training Command in Orlando, Fl, he was selected for the Enlisted Commissioning Program and attended the University of Maryland to earn his mathematics degree. He was commissioned in May 1997 and returned to the submarine force serving in various engineering billets.

Find out what
the VA isn’t telling you