Firefighters are unfortunately connected to mesothelioma. They have an increased risk of exposure to asbestos. The nature of fighting fires results in spending time in or around structures built with the cancerous mineral.

Important Facts About Firefighters and Mesothelioma

Firefighters regularly put themselves in dangerous environments with poor air quality. They are at risk of inhaling a plethora of dangerous toxins, including asbestos.

Asbestos is the only known cause of mesothelioma, which is an asbestos cancer that affects around 3,000 Americans each year. Mesothelioma is just one of the asbestos-related diseases.

How Firefighters Are Exposed to Asbestos

Asbestos exposure for firefighters commonly occurs when asbestos is released into the air from burning or collapsing buildings. There are many materials used in homes (generally those built before the 1980s) that contain asbestos. Some of these materials include: 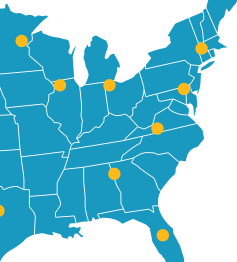 Risk of Mesothelioma for Firefighters

Since asbestos was used as a fire retardant, it is natural that firefighters encounter it. Their occupational asbestos exposure increases the risk of mesothelioma.

Data shows the risk of mesothelioma for firefighters. According to the National Institute for Occupational Safety and Health, firefighters are twice as likely as the general public to develop mesothelioma.

Secondhand Exposure Risk for Loved Ones

Firefighters are not the only people at risk of mesothelioma due to their profession. Asbestos can stick to clothes and hair, which can put others in danger.

The loved ones of firefighters are prone to secondhand asbestos exposure. Women comprise around 25% of all mesothelioma cases in the United States, and many involved secondhand exposure. Numerous studies report more than half of female mesothelioma victims were exposed through non-occupational methods.

The 9/11 asbestos risk remains a problem for firefighters involved in the Ground Zero rescue efforts. Firefighters were some of the first people responding to the World Trade Center terrorist attacks in New York City on Sept. 11, 2001.

A study confirmed the link between 9/11 firefighters and mesothelioma. The Lancelet found that firefighters exposed to World Trade Center asbestos were 19% more likely than other firefighters to develop cancer.

The North Tower building was built with approximately 400 tons of asbestos. This caused a severe exposure risk for 9/11 firefighters. Many are expected to have mesothelioma in the coming decades.

The 9/11 rescue efforts required the help of hundreds of firefighters and other emergency and rescue workers. The National Cancer Institute lists firefighters among police officers, paramedics, construction workers and volunteers as most at risk of mesothelioma due to the World Trade Center attacks.

The Environmental Protection Agency sampled the dust in the first three weeks after the attacks. Around 25% of the test samples contained unsafe levels of asbestos. Some areas of Manhattan had very high amounts of asbestos. 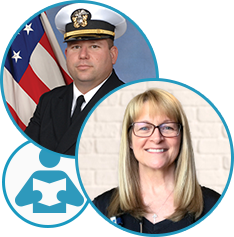 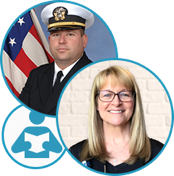 A 52-year-old first responder from Pennsylvania died of mesothelioma in 2019. He was a firefighter as part of the White Oak Rescue team, which was part of the 9/11 rescue efforts.

He passed away Oct. 29, 2019 after being diagnosed with stage 3 pleural mesothelioma earlier in 2019. He is the first of many 9/11 firefighters and other emergency responders impacted by mesothelioma.

Dr. Raja Flores, the director of thoracic surgery at Mount Sinai Medical Center in New York, said he expects a “bell curve” to occur with 9/11 first responders and mesothelioma.

9/11 Health and Compensation Act for Firefighters

Many firefighters have union health benefits to protect themselves from occupational hazards, including mesothelioma. The federal government added another mesothelioma compensation option, the James Zadroga 9/11 Health and Compensation Act.

This federal law, which passed in 2020, covers mesothelioma and 49 other cancers tied to 9/11 response efforts. It is named after New York City police detective James Zadroga, who passed away in 2006. He developed a respiratory condition caused by his heroic Ground Zero rescue efforts.

The James Zadroga 9/11 Health and Compensation Act is a cousin of the 2001 September 11th Victim Compensation Fund, which operated from 2001-2004.

The Victim Compensation Fund allocated billions of dollars in compensation for first responders, firefighters, cleanup workers, New York City residents and others exposed to toxic 9/11 dust. In 2011, it re-emerged as part of the James Zadroga 9/11 Health and Compensation Act.

Tips for Firefighters to Avoid Mesothelioma

Given the increased risk of asbestos exposure faced by firefighters, it is important for those in this profession to be aware of potential exposure scenarios. The first step firefighters should take to protect themselves and their loved ones from mesothelioma is to educate themselves about asbestos.

Below are some tips for firefighters to stay safe:

Asbestos awareness is particularly important for firefighters. Learning as much as possible about asbestos and how to protect against exposure are key to reducing the risk of developing an asbestos-related disease. Learn more about the risks of asbestos exposure in our free Mesothelioma Guide.