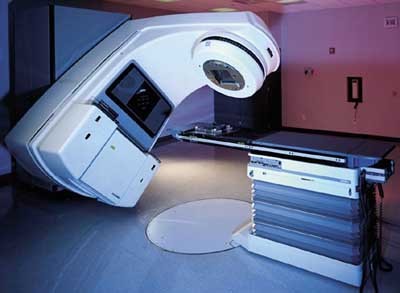 Advances being made in mesothelioma treatment

For current mesothelioma patients and the 3,000 new cases diagnosed each year, there is some hope, in the form of recent advances that allow specialists to take a more curative approach and enable patients to live longer, higher quality lives.

While the typical mesothelioma patient lives an average of nine to 12 months after diagnosis, there are mesothelioma survivors today living much longer: three, five, or 10 or more years after undertaking aggressive, multidisciplinary treatment.

While current treatment approaches of surgery combined with chemotherapy and radiation have significantly extended the lives of mesothelioma sufferers, there are emerging treatments being used in clinical trials that have shown greater promise.

Gene therapy replaces faulty genes with new ones that can improve outcomes. The goal is to inhibit mesothelioma’s spread. According to the American Cancer Society, adding these new genes to mesothelioma cancer cells makes them easier to kill.

Immunotherapy uses the body’s immune system to fight against mesothelioma. This therapy has been used successfully when combined with other treatment options. And unlike other treatments, there are no toxic side effects.

There are at least 20 immunotherapy clinical trials and studies underway. One of these is at the Erasmus Medical Center in Rotterdam. Scientists there are now able to grow cancer cells in a lab that they can program for destruction by patients’ immune systems. Nine patients with mesothelioma will initially be treated by this method. If the treatment is successful, more patients will be eligible for treatment next year.

Photodynamic therapy uses light energy and drugs that react specifically to that energy to kill cancer cells. It is in the early stages of testing for efficacy against mesothelioma.

From 2004 to 2008, Friedman and his team studied the outcomes for 28 patients with stage III and IV pleural mesothelioma who underwent lung-sparring surgeries combined with intraoperative photodynamic therapy. What they found was that radical decortication/pleurectomy combined with intraoperative photodynamic therapy yielded a superior overall survival rate than other, less-invasive procedures. Given these results, the team believes that pleurectomy plus photodynamic therapy is a reasonable option for patients. Dr. Friedberg hopes to study this technique even further at the University of Maryland, where he created a mesothelioma program.

Virotherapy is the use of viruses specifically designed to infect and kill cancer cells directly, or designed to make the immune system attack the cancer cells. One researcher studying virotherapy is Dr. Julie Renee Brahmer, an associate professor of oncology and interim director at the Johns Hopkins Kimmel Cancer Center. Brahmer is testing a vaccine that attacks a protein on mesothelioma cells. She is also part of a study that is targeting cancer stem cells.

IMRT is a computer-guided method of accurately delivering radiation therapy directly to a tumor. IMRT is used to treat tumors that are difficult to reach or resect. However, researchers in a recent mesothelioma study found that giving mesothelioma patients IMRT before surgery can result in better outcomes.

Dr. John Cho, a radiation oncologist at Princess Margaret Cancer Centre in the University Health Network (UHN) in Toronto, Canada, led a study to evaluate the effectiveness of an approach his team called SMART (Surgery for Mesothelioma After Radiation Therapy).

Dr. Cho and his team recruited 25 mesothelioma patients for their study. The patients were treated with IMRT for five days. A week later, they underwent extrapleural pneumonectomy (EPP), a type of surgery to remove the affected lung. Some of the participants also had chemotherapy after surgery.

Patients with epithelial mesothelioma responded best to radiation prior to surgery. Of these patients, 84% survived three years after the procedure, and 65% of those patients experienced disease-free survival during the same time period.

Study co-author Marc de Perrot, professor of surgery at the University of Toronto and head of the Toronto Mesothelioma Research Program, said the SMART approach shortened treatment time in addition to blocking the cancer’s ability to spread during surgery.

Also known as helical tomotherapy, this is a rotational mode of radiation therapy that delivers radiation beams from even greater angles than IMRT. Arc therapy is best suited for spherical tumors. Early clinical results comparing arc therapy and IMRT in patients with two intact lungs discovered that arc therapy significantly lowered radiation doses to the unaffected tissues of the lungs and heart and shortened treatment duration.

In April pharmaceutical maker AstraZeneca announced that it had received FDA orphan drug designation for tremelimumab to treat mesothelioma.

The FDA orphan drug designation is intended to encourage the development of drugs for rare diseases. As these drugs may not be very profitable for pharmaceutical makers, the designation gives the makers extended exclusivity to market and sell the drugs, and tax credits to cover the costs of research and development.

Tremelimumab is one of many treatments being developed by AstraZeneca and its biologics research and development subsidiary, MedImmune, designed to utilize the body’s own immune system to fight cancer.

New data shows that the drug bevacizumab, made by Avastin and Genentech, can significantly extend overall survival time for pleural mesothelioma patients when added to the current chemotherapy standard of pemetrexed and cisplatin. The findings come from the French Cooperative Thoracic Intergroup (IFCT) MAPS study. They were reported at an oral session at the American Society of Clinical Oncology (ASCO) 2015 annual meeting.

According to the study’s lead author, Dr. Gerard Zalcman, the combination of pemetrexed, cisplatin and bevacizumab provides a new treatment standard for pleural mesothelioma patients that are not surgical candidates.

This study marks the first time that chemotherapy standards have changed since 2003, when pemetrexed was added to cisplatin.