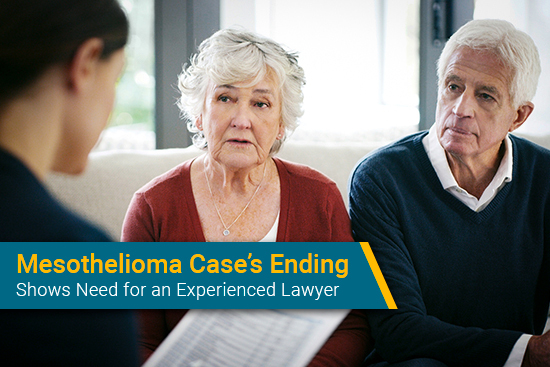 One of the trickiest aspects of mesothelioma claims is the statute of limitations. A recent case in Minnesota proves why — and is evidence that victims should contact an experienced lawyer immediately.

According to court documents from the Minnesota Supreme Court, the case involved a claim against Honeywell International. The victim developed mesothelioma in December 2011 after working around asbestos-containing brakes at a car dealership for four months. The brake products were sold by Bendix Corporation, which is now a subsidiary of Honeywell.

In 2013, the victim filed the initial claim in the incorrect state (North Dakota), and he passed away two years later. The widow attempted to restart the claim in Minnesota more than six years later and ultimately was denied in July 2020 due to the state’s statute of limitations.

Why the Case Was Denied in Minnesota

According to court documents, the victim’s initial claim was against 177 companies. However, it was denied, and the victim passed away due to his cancer in March 2015, more than three years after his diagnosis.

The widow filed a wrongful death mesothelioma lawsuit in Minnesota in February 2018. However, she and the direct victim learned in January 2012 — more than six years earlier — that the diagnosis was linked to asbestos.

According to the district court initially handling the case, the mesothelioma claim was ineligible due to the statute of limitations. This is a time-limit law that restricts how long people have to take legal action for personal injury claims.

The three-year window is for the date of death, but it only applies if the wrongful act occurred within six years. The district court ruled that the statute of limitations began once the victim learned his disease was “causally related to asbestos,” which was in January 2012 and more than six years before the claim was filed in February 2018.

According to the district court, the statute of limitations clock ended in January 2018. The claim filed in February 2018 was too late, even though the patient died within three years of the legal action.

The widow argued that the statute of limitations should’ve started either:

The district court, appellate court and state supreme court all rejected this argument.

Contacting an experienced lawyer right away is the most important step in getting financial help for a mesothelioma diagnosis. The best attorneys will act fast, avoiding the issues that occurred in the aforementioned case.

In many situations, the victim is unsure which company is at fault. That could delay filing a claim, but the top mesothelioma law firms have resources to answer this question and determine the proper jurisdiction.

They’ll also know the statute of limitations for each jurisdiction and won’t risk facing filing the claim too late. Waiting to take action could be the difference in whether or not a victim receives significant compensation.

If you have mesothelioma — or if your loved one has this cancer — don’t wait to speak with a lawyer, and don’t rely on an inexperienced attorney. Put your case in the hands of the best mesothelioma lawyers to ensure you don’t miss the time window to take action. If you’d like help finding such a lawyer for your case, email our patient advocate Carl Jewett at cjewett@mesotheliomaguide.com.