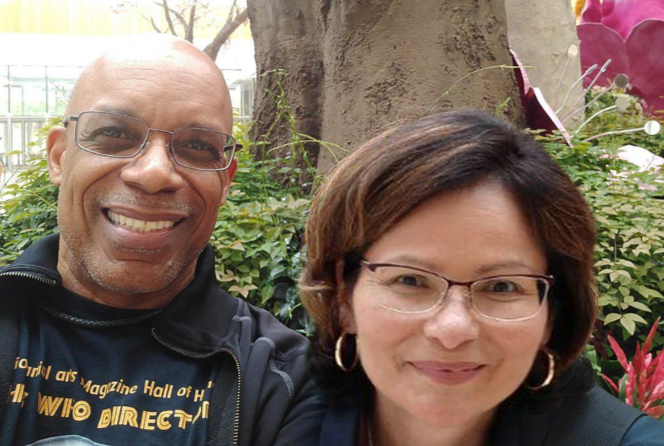 Yvette calls herself part of the “8 percent.” The adjectives to describe the people who comprise the group include: tenacious, relentless, persevering, resourceful, determined and maybe a little stubborn. All of these adjectives fit Yvette, a long-distance runner who doesn’t know when to quit.

The mortality rate of the cancer is dishearteningly high: roughly 60% of people don’t even survive for one year; only around 20% survive for two years. Just 5% survive for at least five years. All of these figures are according to a 2017 study published by Lung Cancer International on the U.S. National Library of Medicine website.

However, Yvette’s story is an inspiring one for others afflicted by this disease. By telling her experience, Yvette hopes to help others through the “marathon” that she calls her battle with cancer.

“Remember … the race won’t always be easy,” she said in an interview with Mesothelioma Guide.

Maybe, with her story told, the “8 percent” club will grow. 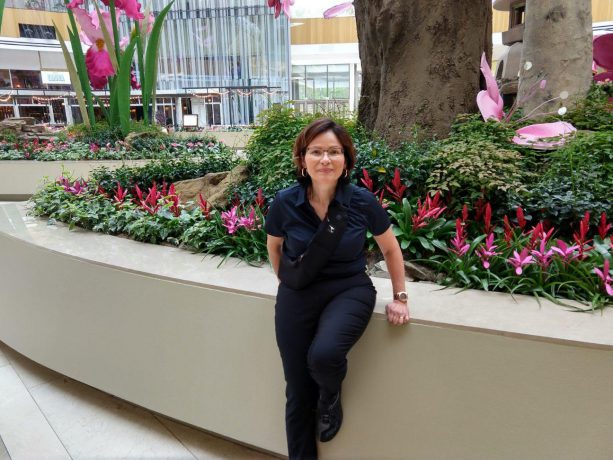 In 2019, Yvette is nearly four years removed from the date of her pleural mesothelioma diagnosis. She is a survivor of the rare disease, part of the small group of people to have lived this long after diagnosis.

Her Road to Mesothelioma

Yvette, 54, is a wife and mother of two children. She lives in Bowie, Maryland. However, the bread crumbs for her mesothelioma lead to well before she was married or became a mother.

Yvette was born in Sacramento, California, and moved to North Dakota at a young age. Her stepfather sold equipment that likely included asbestos, which is the only known cause of mesothelioma. So she was at risk of secondhand exposure through him. Additionally, she and her siblings would play in “coal piles” while growing up in North Dakota. Asbestos likely existed in these piles.

“I don’t know why I got (mesothelioma) and no one else in my family did,” she said.

Mesothelioma doesn’t have a stable development criterion. One person directly exposed to asbestos for years may not have to worry about the disease, while another person who had just a few instances of secondhand exposure may receive a diagnosis decades later.

The disease also has a long latency period, meaning it takes a while to develop. Most experts say mesothelioma takes between 20 and 50 years to form following asbestos exposure.

Yvette was just one of the unfortunate 3,300 people in the U.S. who are diagnosed each year with mesothelioma. However, she didn’t initially associate the symptoms to the disease.

“I thought I had runner’s asthma,” she said. “It was like my breathing was shallow. I would kind of skip a breath.”

Yvette is a long-time marathon runner, and she compared her fight with mesothelioma to running the long-distance race.

Yvette noticed breathing issues at least five years before her diagnosis on Oct. 6, 2015. She credited them to allergies. However, the coughing and back pain was so bad that she couldn’t even lay down on her back. Finally, she went to the doctor and — after a series of tests — was told the truth.

“It’s amazing how we excuse it for something else,” she said.

Pleural mesothelioma is a cancer of the pleura, which is a thin membrane that wraps around each lung and lines the interior of the chest wall. The pleura has two sidings, each with cells, and asbestos can enter the body and irritate these cells. When aggravated by asbestos, the cells often mutate and form tumors. These tumors then spread to other areas of the body, most often the nearest lung.

Yvette’s mesothelioma was already at the border of Stage 2 and Stage 3, meaning the cancer had metastasized into the lung cavity and affected her right lung. Surgery wasn’t an immediate option, so she had to undergo chemotherapy with hopes of shrinking the disease.

“When I first went in, I was told if I didn’t do any treatment that they’d only give me six months (to live),” she said. “I told them I’m not giving up. I’ll treat it like training for a marathon.”

Yvette did her research. She read as much as she could find about pleural mesothelioma. She prepared for chemotherapy by looking up testimonials and learning about the side effects. She understood how the treatment would affect her — and had a counter ready.

“Every time I got sick, I didn’t lay down,” she said. “I got up and got on the treadmill and ran.”

Since chemotherapy attacks cancerous cells and non-cancerous ones, the body’s immune system is crippled and prone to other concerns. That’s why chemotherapy is a challenging treatment. Staying active during chemotherapy rebuilt Yvette’s muscles and kept her body strong.

Once the tumors were contained and surgery was possible, she had an extrapleural pneumonectomy, a common procedure for pleural mesothelioma patients. The operation took place at Anne Arundel Medical Center in Maryland and involved removing the affected lung. On March 8, 2016, almost exactly five months after her diagnosis, Yvette had her right lung removed.

“After surgery,” she said, “I was diagnosed no cancer in my left lung. I still had two tumors on my liver from the onset. Then my final stage of my treatment plan was to seal everything off with radiation.”

The two photos to the furthest left were taken on 2016, when Yvette was undergoing treatment to fight her pleural mesothelioma. The middle photo and the one to the right of it were taken in 2017, the year Yvette underwent surgery for spinal cancer. The furthest-right photo is Yvette in 2019, when she is cancer-free.

Cancer-Free … or So She Thought

Not even two months after Yvette and her doctors considered her done with cancer treatment, she started feeling back pain again.

“I knew I wasn’t supposed to be having this anymore,” she said, noting she relayed the symptom to her primary doctor.

Finding and removing all mesothelioma tumors with one surgery is difficult. Additionally, it’s tough to know early where the cancer has spread. Spinal cancer was the diagnosis. Yvette’s marathon continued on.

“When they found it, I was happy,” she said. “Remember, this is a marathon. The race won’t always be easy.”

Yvette underwent surgery in May 2017 to remove the tumors, and Dr. Daniel Sciubba of Johns Hopkins Hospital in Baltimore removed some of her vertebrae and fused it back together. Afterward, she had a stroke due to blood clots from the surgery. For a brief time, she was on life support.

Even that couldn’t stop Yvette.

“God has always shown me the way and I always wanted to set a legacy for my kids,” she said. “I wanted to show them that we need to keep going and not give up.

“Knowing I was still alive was what kept me going.” 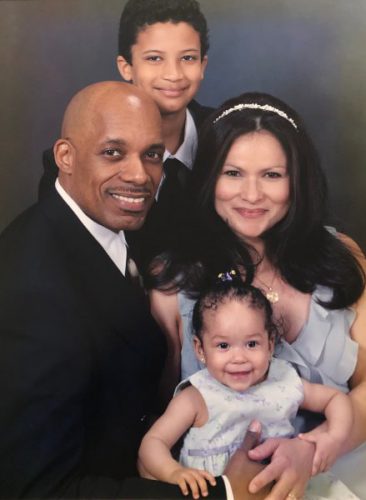 Yvette, a wife and mother of two, had her life-changing moment in 2015 when she learned she had pleural mesothelioma. However, she had trained all her life for the marathon that was to come.

Yvette had a computed tomography scan and positron emission tomography scan at the beginning of 2019. Doctors found no new cancer, a blessing for a mesothelioma warrior who fought through so many obstacles. Her husband had prostate cancer in 2005, but she admits that experience pales in comparison to her mesothelioma fight.

“It was hard for him to see me go down so quickly,” she said.

The stroke, which occurred on her left side, has limited her motion with her left hand and some feeling on that half of her body. However, she’s continuing to rehab following the stroke and spinal surgery and hopeful of regaining her strength.

Following her initial diagnosis, Yvette met with lawyers to uncover precisely how she developed mesothelioma — and possibly to know who was responsible. She said the attorneys estimated that asbestos exposure between the ages of 10 and 16 was the culprit. She then pursued legal action despite her initial objections.

“I didn’t sign up (for legal help) myself. My best friend did it for me,” she said, noting her Christian values. “I was convinced. … It has been a blessing because some of the money I got paid for the surgeries and other expenses.”

Yvette tells her story because she knows others — now and in the future — are enduring the same struggles. She employs people with mesothelioma to contact lawyers and seek compensation if they haven’t done so. She wants them to “get a circle built up” of family, friends, doctors and attorneys.

“Do your homework and get a strong medical team involved,” Yvette said. “Go to a hospital that specializes in mesothelioma.”

And, most importantly, treat mesothelioma like a marathon. There was a finish line for her — and many others in the “8 percent” club. She’s looking forward to seeing more cross it.

“I’ve reached the end of this marathon,” she concluded, “but I have many more to run.”