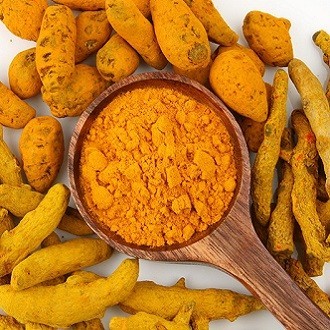 Could Curcumin be an Effective Treatment for Mesothelioma?

Curcumin, a common Asian spice, has been making news in the past year as a potential treatment for mesothelioma. Scientists across the globe have found that curcumin combined with cancer-inhibiting molecules shows promise in slowing mesothelioma progression.

Curcumin comes from the plant that produces the spice turmeric. It has demonstrated its ability to slow mesothelioma growth in animal tissues. Over the past year, research studies have shown the same effect on mesothelioma cells from humans.

In these recent studies, scientists have found that the combination of curcumin and cancer-inhibiting peptides increase the levels of a protein inhibitor known to stop the spread of mesothelioma.

While platinum-based chemotherapy drugs are the standard treatment for mesothelioma, there is an urgent need for additional therapies, especially for treating drug-resistant mesothelioma.

“There have been many advances in lung cancer, yet very little advances in the treatment of mesothelioma (aside from some chemotherapy that was developed almost a decade ago),” said Dr. Afshin Dowlati, professor of medicine in the division of hematology and oncology at Case Western Reserve University, in an interview with News Medical.

The cause of many cancers, particularly mesothelioma, is the intracellular protein and transcription factor known as STAT3 that controls the growth and survival of cells. In the case of cancer, STAT3 is known for triggering its onset and fueling its growth and spread.

STAT3 does have a protein inhibitor known as PIAS3, which can keep STAT3 from causing cancer. In mesothelioma, PIAS3 levels are low, which scientists believe increases STAT3 activation, causing the cancer cells to grow and proliferate.

“Our research has demonstrated that PIAS3 acts as a natural inhibitor of STAT3,” Dr. Dowlati said. “To understand this, you can think of STAT3 as the accelerator increasing the speed of a car and PIAS3 as the brake used to stop STAT3 from getting out of control.”

In one study, researchers assessed PIAS3 expression in mesothelioma tissue samples and its effects on STAT3 activity. Scientists then examined the effects of curcumin and peptides extracted from PIAS3 on mesothelioma cancer cells.

In another study, researchers examined the response of mesothelioma cells to curcumin therapy. They found that curcumin inhibited mesothelioma growth while also enhancing the efficacy of cisplatin, a chemotherapy drug commonly used to treat mesothelioma.

A third study conducted at Flinders Medical Center in South Australia proposed that it may be possible to predict which mesothelioma patients are likely to benefit from curcumin treatment.

“Currently, there are no good anti-STAT3 drugs out there, and there’s a lot of research going on by various companies who are trying to find STAT3 inhibitors,” Dr. Dowlati said. “STAT3 activation is critical, and we must work on ways to inhibit it. The main hurdle from my standpoint is figuring out a way to find an appropriate compound that can be given safely to patients to increase intracellular PIAS3, while not having a negative effect on other cells. This may be something that can be achieved with curcumin and its analogues.”