There are different types of mesothelioma radiation therapy. The newest types are more effective at killing cancer cells while avoiding damage to healthy tissue.

What Are the Types of Radiation for Mesothelioma?

Photon radiation, also called external beam radiation, sends a radiation beam at the tumor site. For mesothelioma, this is most often the chest. The beam travels through the chest cavity and into the pleura.

Photon beams are used in X-rays for imaging scans, but radiation requires a higher dose. Photo beams can reach tumors deep in the thorax, but they often scatter bits of radiation and damage surrounding healthy tissue. Photon beams also go through tumors and can damage healthy tissue on the other side.

IMRT, which stands for intensity-modulated radiation therapy, sends targeted beams at the tumor site. It limits damage to healthy tissue and the remaining lung if used after extrapleural pneumonectomy surgery.

In one study, only up to 20% of patients had pneumonitis (lung tissue scarring) after lung-removal surgery. This is an improvement from photon radiation.

IMRT usually lasts around 15-30 minutes and usually occurs five days a week. An entire regimen may last up to two months.

The sessions last around 15 minutes and occur a few times per week. According to a proton radiation specialist at the New York Proton Center, programs for patients can last 2-6 weeks. 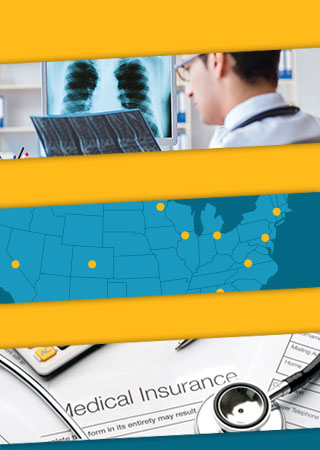 When to Use Radiation for Mesothelioma

Doctors and cancer centers have varying views on when to use radiation in multimodal treatment for mesothelioma:

Neoadjuvant radiation for mesothelioma mostly refers to using the therapy prior to surgery. Another term for this is SMART for mesothelioma, an acronym for “surgery for mesothelioma after radiation therapy.” It started at Princess Margaret Cancer Center in Toronto and now is the featured program of Michigan Medicine cancer center.

Neoadjuvant radiation shrinks the size of tumors and makes removal during surgery easier. This approach has median survival times of 2-5 years, with variances depending on the cancer center, surgeon and patient selection.

Intraoperative radiation targets tumors either during surgery or immediately following surgery, before the operation concludes. The intent is to target tumors without needing to pass through skin or other healthy tissue.

One of the side effects of radiation is damage to healthy tissue. IORT is an attempt to sidestep this side effect.

Brachytherapy is a type of intraoperative radiation therapy for mesothelioma. Doctors implant a small radioactive pellet into the tumor. This pellet provides a continuous dose of radiation after surgery.

Temporary brachytherapy implants are removed minutes after surgery ends. Permanent implants work for up to 10 months.

Adjuvant radiation is the oldest and most common approach to multimodal mesothelioma therapy. The intent is to target any tumors not removed during surgery.

Taking out all mesothelioma tumors is difficult through surgery. Most patients still have microscopic tumors or ones too close to organs for safe removal. Adjuvant radiation can either kill these tumors or contain them to their current size and location.