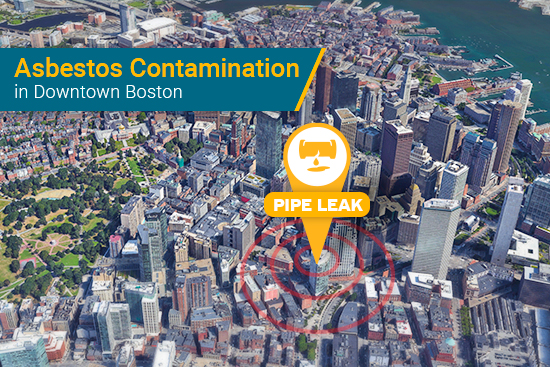 Just a few weeks after a headline-grabbing asbestos incident in the New York area, another one occurred in a major metropolitan.

According to numerous media outlets, an underground steam pipe released asbestos onto a public area in lower downtown Boston. Crews remained at work into the week to clean up the cancerous mineral.

The Boston Herald newspaper reported Monday that city officials closed several streets around 99 Summer St. and Downtown Crossing. The incident occurred early Saturday morning due to a steam pipe leak, which left debris in the area. The substance leaked through a manhole.

Asbestos is a fibrous mineral used for insulation, construction and other purposes. When disturbed, the fibers can enter the human body and cause many health issues, including the rare cancer known as mesothelioma.

The Boston Herald report includes a photo showing workers with garbage bags, protective suits, helmets and other safety gear. Another photo, one posted to the Boston Fire Department’s Twitter account, shows a white substance covering the road and a parked car. 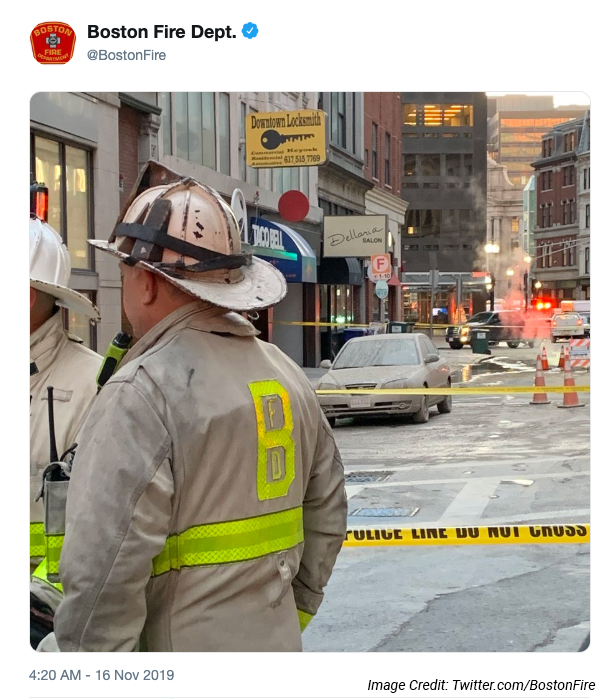 A spokesperson with Veiolia, the company that operates the pipe, told the Boston Herald that “there is no ongoing threat to the public.” The company reportedly tested the air quality after the incident and found no hazards for people to return once the area is reopened.

However, it’s unknown how many citizens were in the area at the time of the leak. Anyone who was exposed and didn’t have protective gear could’ve inhaled or ingested the dangerous substance.

This incident occurred a few weeks after reports of asbestos in a Brooklyn bus depot. The Metropolitan Transit Authority houses buses in buildings, one of which included asbestos-laced cloth in vents. These vents pump air into the multi-floor building, and therefore likely sent loose asbestos fibers into the air as well.

Reports indicate workers in the depot may have been exposed to asbestos for decades. If you worked in the New York MTA bus depot and were diagnosed with mesothelioma, you have financial options. Contact our patient advocate team via email (jenna@mesotheliomaguide.com) for more information.