It can take anywhere from 20 to 50 years for mesothelioma to develop after asbestos exposure. The time it takes for the disease to develop is called the latency period.

From Exposure to Diagnosis

The time between asbestos exposure and a mesothelioma diagnosis is known as the latency period. There is no safe exposure level of asbestos. Any inhaled or ingested fibers, given enough time, may cause mesothelioma.

Effects and Factors of Latency Period

Why Mesothelioma Takes So Long to Develop

Part of the reason mesothelioma is so hard to diagnose is because of the disease’s latency period. It takes decades after exposure to asbestos for the cells in the mesothelium to start mutating and becoming cancerous.

Each patient’s latency period is different. One of the key factors is the extent of asbestos exposure. The worse the exposure was, the shorter the latency period will be.

There are several factors that may contribute to the amount of time it takes for mesothelioma to develop. These factors coincide with the general risk factors of developing mesothelioma.

A recent study reported that the median length of exposure time for people who eventually develop mesothelioma is 3.75 years.

Studies have examined other potential factors, but have shown no relationship. For example, women seem to have longer latency periods, but this is likely due to women not having the same exposure rates than it is related to their gender. Other factors, such as age and occupation, deserve more attention.

Everyone has cancerous cells present in their body, but these cells aren’t harmful until they start growing uncontrollably and forming tumors. The body’s immune system works fairly well to keep abnormal cells at bay, but the immune system’s efficiency starts to falter as people get older. This is why mesothelioma is most common in people over the age of 65.

It has been theorized that the rates of mesothelioma have increased over the years because people are starting to live longer on average. A recent study supporting this theory determined that as people who were exposed to asbestos get older, the risk of developing mesothelioma continues to rise. This could correlate to an increasing incidence of mesothelioma cases as well as longer average latency periods.

A person’s occupation can have a big impact on the latency period of their mesothelioma. Exposure to asbestos is more common in industrial trades, and certain trades exposed workers to higher concentrations of asbestos.

Mining, a profession already known for its correlation to respiratory conditions, has exposed workers to large amounts of asbestos in a confined space where breathing is already limited. The most devastating example of this occurred in the mining town of Libby, Montana, where workers mined asbestos-laden vermiculite. There was an unprecedented number of mesothelioma cases in this small town.

There is a synergistic effect between the concentration of asbestos and the heightened breathing rates of workers in conditions like these. This is because they are inclined to inhale large amounts of asbestos. 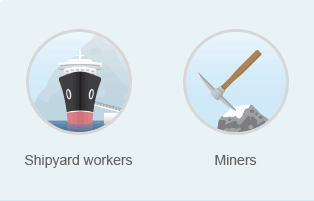 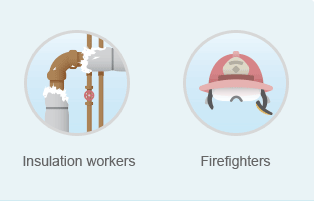 Those who are exposed secondhand or environmentally have generally longer latency periods than those exposed occupationally.

Understanding the latency period of mesothelioma is important to diagnosing mesothelioma at earlier stages. Scientists and mesothelioma specialists are hoping to increase survival times by catching the disease earlier, which is part of why they are studying the potential for genetic predisposition.

Unfortunately, mesothelioma is typically only diagnosed after a patient has started experiencing symptoms. In the early stages of mesothelioma, symptoms can be minor or may not be present at all. The fact that a patient’s asbestos exposure occurred such a long time before symptoms appear makes it harder to recognize asbestos as the cause.

Getting a second opinion can uncover a better prognosis than previously given. It is imperative to see a mesothelioma specialist experienced in diagnosing the disease to receive the best treatment possible. Getting involved in clinical trials may present patients with new opportunities for treatment and also provides financial and prognostic perks. Get connected with the latest clinical trials today.