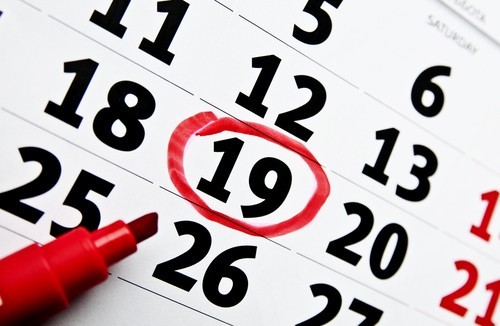 The Mesothelioma Year in Review

This was not a slow year for the mesothelioma community. In 2014, research progressed by bounds and lives were invariably changed. Looking back is important to remember those we’ve lost as well as the potential for the future. Here are seven of the most memorable events of the year:

One of the most exciting pieces of news to come out this year was a report on the SMART approach to mesothelioma. SMART stands for “Surgery for Mesothelioma After Radiation Therapy,” and it comprises intensity modulated radiation therapy followed by an extrapleural pneumonectomy. Researchers found that patients treated with this method could extend their life expectancy up to seven times longer than the average.

Defactinib is a relatively new development in the mesothelioma treatment world. Dr. Robert Weinberg’s research into mesothelioma stem cells uncovered a potential reason for the quick relapse patients experience after treatment, which led to the production of this drug. It has already progressed to Phase II clinical trials that are taking place throughout the country.

Graduate students at Boston University may have discovered a new way to deliver chemotherapy to mesothelioma patients in a way that reduces symptoms and increases effectiveness. By encapsulating the drug inside nanoparticles, chemotherapy isn’t released until the nanoparticle is dissolved inside the mesothelioma tumor. This ensures the tumor gets the full blast of chemo, while healthy tissue and organs don’t get unnecessary exposure.

Dr. David Sugarbaker is probably the most well-known pleural mesothelioma specialist in the country. He had a long career spanning 30 years at Brigham and Women’s Hospital in Boston. This year he left BWH to start a new chapter in his career by establishing a new mesothelioma program at Baylor Medical Center in Texas.

Libby, Montana is the site of one of the biggest asbestos disasters in history. W.R. Grace provided the small town with a stable economy when it began its mining operation, but it also created an environmental threat of asbestos exposure to those living in the community. The Environmental Protection Agency has been working for years to make the town safe again, and it finally announced its plans for departure this year although some residents are wary about the exit.

6. Drug for alcoholism used in meso

An interesting study was released early this year about the implications of treating mesothelioma with disulfiram. More commonly known by its trade name, Antabuse, the drug has been used to treat alcoholism for decades. Apparently, it also shows signs of suppressing mesothelioma growth as well as alcoholism.

7. Photodynamic therapy on the rise

Critics have dogged photodynamic therapy for mesothelioma for quite some time, but the specialists at Abramson Cancer Center in Pennsylvania remained diligent in their convictions that the treatment could be more than effective. Research has shown increasingly promising results of using photodynamic therapy during surgery, and the treatment has already extended the lives of many patients. The cancer center was rewarded for perseverance with an $8 million dollar grant this year.