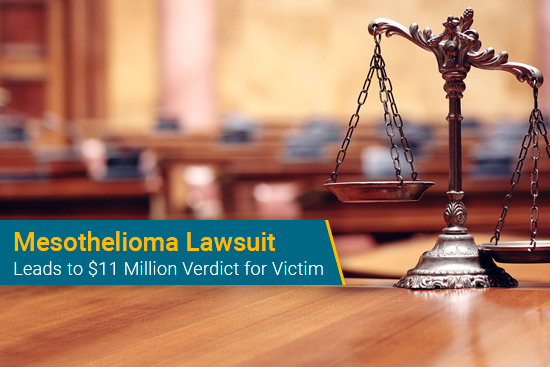 According to the Tacoma News Tribune newspaper, Dennis W., 75, worked for Zidell Dismantling from 1970‑1973. He filed a lawsuit against Zidell’s affiliate, Zidell Explorations. He also filed a claim against the Port of Tacoma, which owned the land used for dismantling the ships.

The verdict, reached Aug. 5 in Pierce County Superior Court, is against Zidell Explorations. The jury found the company at significant fault for the victim’s cancer, while the Port of Tacoma was negligent but didn’t play a significant role.

Navy ships, which Dennis W. dismantled, were built for World War II with tons of asbestos. They were used throughout the ships to insulate nearby fire hazards and protect members onboard. However, asbestos is a cancerous product. This is the biggest reason why there are so many veterans with mesothelioma.

Many companies are liable for their workers’ mesothelioma — or other companies’ workers’ cancer — for one of many reasons, including:

Most mesothelioma cases involving work on World War II military ships end before the verdict. They conclude with mesothelioma lawsuit settlements. These usually are not made public but average around $1 million.

Verdicts are riskier but can lead to substantially more compensation, which helps pay for medical bills, lost income, funeral costs, and general pain and suffering of the victim and family. No price is equal to the loss of someone’s health and life, but the courts are favorable to victims. Hiring a top mesothelioma attorney is ideal for seeking compensation.

If you’d like to explore your legal options, contact our staff via email. Carl Jewett, a retired Navy lieutenant commander, can put you in touch with one of the top attorneys for asbestos claims. Email him at cjewett@mesotheliomaguide.com.