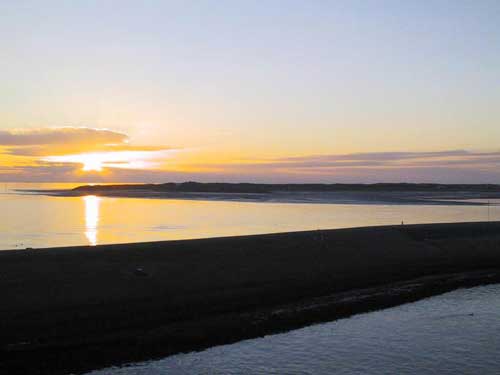 The following post is from mesothelioma survivor, Jodi Page, and is part of an ongoing series that details survivor stories.

December 23rd, 1999 was a snowy day, and not unusual for Minnesota this time of year.  My dad was meeting me at my doctor’s office to hear the results from my needle biopsy, but was stuck in traffic and couldn’t make it.  I sat alone in the exam room wondering why my doctor couldn’t tell me the results over the phone.  He finally came into the room and sat down beside me.  He told me that I had a malignant tumor.

“He gave me the name and address of a doctor and told me to go see him after the holiday on December 27, 1999. I thought nothing of it. I didn’t even know what a malignant tumor was, and my doctor sounded like it was nothing serious. I went home and called my dad on his cell phone to tell him what the doctor said. After I told him, we both decided not to share it with the rest of the family since the doctor wasn’t positive about what I had. We both believed the family should have a worry free Christmas.”

At age 26, I didn’t think it could be something serious.

On December 27th, my dad went with me to see the doctor.  We sat in a big room and waited for him.  The doctor finally came in and confirmed that I had a malignant tumor, Epithelioid Mesothelioma.  It was a rare form of cancer mostly found in older men who have worked with asbestos.  Not only is it rare for women to get, but it’s more shocking for a woman to have it in her lung cavity. Most of the women’s cases are in the abdomen.

He stated that I was at stage 3 or 4, and the cancer had spread to where surgery wasn’t possible.  He told me the best they could do, as it continued to spread, was to make me as comfortable as possible until I died.  He gave me a prognosis of up to 3 years to live and would be surprised if I lived past that point.  It was a fast moving cancer and, unfortunately, chemotherapy treatments were in clinical trial stages. He didn’t know if chemo would help or do more harm than good.  He offered to arrange a second opinion if I wanted it.

I don’t think I asked a single question while I was there.  I was in shock. I couldn’t believe what I was hearing.  The doctor left the room so I could change to be examined. I quietly cried behind the curtain. I didn’t want my dad to see me cry, I wanted to be strong for him. My brothers were going to Las Vegas for New Year’s. I called them as well as my sister and asked them to gather at my dad’s home. Telling my family I had a death sentence, and there was no hope, was the hardest thing I have ever done in my life.

After I told my family I was able to finally let go and cry.  The reality was setting in that I didn’t have long to live. My time was so limited and I was still so young. I didn’t want to die and miss out on so many things.  Sometimes it still feels like the shock of that moment has never left.

I was getting a second opinion from the Mayo Clinic, a clinic that was world renowned and visited by people from all over the world.  I called the oncologist and somehow got an appointment to see an oncologist at the Mayo Clinic.  I was still very scared. In fact, the more I learned about mesothelioma, the more scared I became. But I went into the appointment with my eyes and ears wide open.  Hoping for better news but determined to accept the reality of my situation.

What a huge difference a second opinion was for me.  I went from an absolute death sentence to a possibility of life.  I was told that I had stage 2 mesothelioma (not stage 3 or 4) and that surgery was still a possibility.  The doctors at Mayo Clinic didn’t think the cancer had spread but was contained in my left chest cavity.  If I had surgery they would take my left lung out along with the cancer and I would have to live the rest of my life with one lung.  First they would have to check my abdomen to make sure the cancer hadn’t spread before going in and doing the surgery.  The surgeon at the appointment asked me a question no one had asked me before and one I hadn’t considered myself.

He asked me, “Are you willing to fight?”

He told me if I wouldn’t fight to live there was no reason to do the surgery.  It was the first time someone had asked me that question and was a wake up call for me.  I had just been going through the motions, not really comprehending what was happening to me.  I knew that had to change right then and there.  The doctors told me to go home and think about all that was said.  I needed to make a decision but it needed to be made quickly.

Within a few weeks I was back down at the Mayo clinic getting ready for surgery.  I understood I would not know the outcome of the surgery until I woke up.  If they found the cancer had spread, they would be unable to go further. But if they found that the cancer hadn’t spread, they would go in and remove everything in my left chest cavity.  I was terrified to wake up and hear the outcome, but at the same time I was at peace with whatever the outcome was.  I knew I was a fighter and could handle whatever happened.  I had faith in myself and faith in the Lord.  I had come to terms with my mortality and felt a calm wash over me.  I know that the question the surgeon asked me made all the difference in the world.