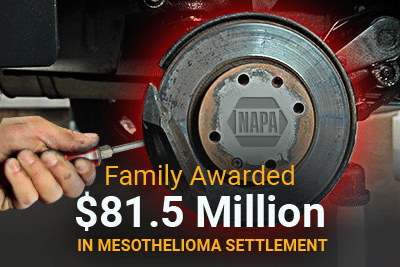 Recently, NAPA Auto Parts and Genuine Parts Corp. were found liable in an asbestos-related death of a heavy equipment operator. The trial lasted for more than 12 weeks and found both companies guilty of exposing the plaintiff to asbestos.

The excavator and hobbyist of car restoration, Jerry Coogan died in 2015 from complications of mesothelioma.

Coogan’s family was awarded an $81.5 million settlement. This verdict is believed to be one of the largest that has ever been awarded in the state of Washington.

The most common form of asbestos exposure is occupational exposure. Over 125 million people are exposed to asbestos while they are in their workplace environment.

In the case of Jerry Coogan, he was exposed unknowingly while he operated and repaired backhoes, cranes, and other various construction equipment. He did this for numerous years, which exposed him to the asbestos that was in the products that were both made and sold by the NAPA Auto Parts and Genuine Parts Corp. companies. 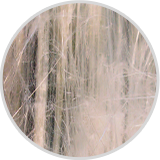 This form of asbestos can primarily be found in car gaskets, brake pads, brake lining, insulation, and cement.

Unfortunately, the dangers of asbestos exposure doesn’t reveal itself until many years after an individual has been exposed to it. It takes anywhere from 20 to 50 years for the symptoms to appear. In many circumstances, an individual isn’t even aware of when they were exposed to asbestos in their lifetime.

Even though the EPA and many government officials have made great efforts to ban asbestos in the United States, it has yet to happen.

According to the Environmental Working Group (EWG), over 8 million pounds of asbestos have been imported to the U.S. since 2006.

Until asbestos is officially banned, there will only continue to be more cases like Jerry Coogan, that will occur. In the meantime, our mission at Mesothelioma Guide is to bring forth more awareness about the deadly illnesses that are associated with asbestos and to make sure that victims receive the best medical treatment and compensation that is available for them.