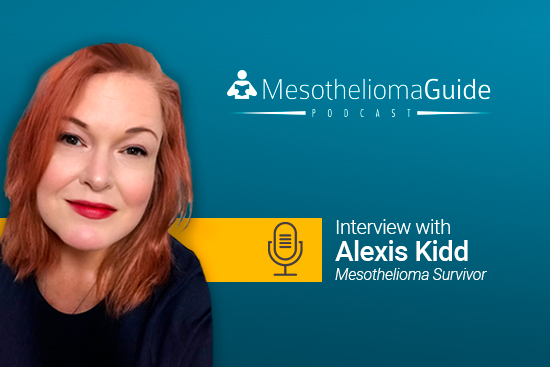 Alexis Kidd received her mesothelioma diagnosis more than 12 years ago. So excuse her for not remembering everything about the months leading up to it, or the months following.

She does remember one detail: Her doctor was “angry.”

“He was angry that I could not explain to him how I ended up with this cancer,” Alexis said on the latest episode of the Mesothelioma Guide podcast. “… With each question he asked me, he would get increasingly more angry.”

Asbestos is the only cause of mesothelioma, but Alexis had no clue how or when she was exposed to the cancerous mineral. She still doesn’t know.

To be honest, she doesn’t really care. All that matters to her? She’s still alive, which means she can inspire other mesothelioma patients.

“It’s probably the hardest journey you’ll ever take in your whole life, but you can get through it,” she said.

She’s held many labels in the last 12 years: mesothelioma patient and mesothelioma survivor are two of them. She’s also been a fighter.

And her fight isn’t done yet.

Alexis lives in Houston with her husband, Christian Kidd. They met in Houston shortly before her peritoneal mesothelioma diagnosis, which unfortunately came on Christian’s birthday in 2007.

That day was part of an extended medical struggle for Alexis, who had her gallbladder removed before doctors knew of the cancer’s presence. Then they found tumors on her diaphragm, and they traced the disease back to her peritoneum.

“At that point,” she said, “I didn’t even know what mesothelioma was.”

Her age worked in her favor, if she could ever get treatment. However, she had difficulty finding a specialist to help her. The mesothelioma wasn’t showing up on any scans, which made examining its growth and progress difficult for doctors

“I spent six months at MD Anderson Cancer Center (in Houston) doing scans,” Alexis said. “From the start, they referred me to Dr. (Paul) Sugarbaker. At the time, he was doing a clinical trial so he wasn’t accepting new patients.”

Then Dr. Henry Zaleski entered the fold. The doctor, who worked at Houston Methodist Hospital, took on Alexis’ case. They resorted to cytoreduction with heated intraperitoneal chemotherapy (HIPEC) as the first line of treatment. During the procedure, doctors removed half of Alexis’ diaphragm to remove many of the tumors.

“That was pretty dramatic,” Alexis said, noting she went through so much but it was all worth it.

“In my head and my heart, just having that will … I think that helped me more than anything else.”

Fifteen months passed between Alexis’ gallbladder removal surgery and the end of her HIPEC. As for what was to follow? No one could be sure.

The prognosis for peritoneal mesothelioma patients who undergo invasive surgery and HIPEC is often a few years. Alexis, being younger than almost all other patients, should’ve had an even longer mesothelioma life expectancy.

But the disease is aggressive and spreads quickly, and some patients don’t even survive for one year. Alexis has survived for more than 12.

“It was really intense at first, probably the first four or five years,” she said. “Whether I would lose someone close to me or if it was a celebrity, I would feel horrible guilt.

“It’s not a thing that drags me into deep depression. In the end, it makes me more grateful to know I’m supposed to be here for something.”

She’s even more grateful because she was around to help her husband through his cancer diagnosis.

Christian is a punk rock artist — a member of the Houston-based group The Hates. In 2017, according to an article in the Houston Chronicle, he was diagnosed with stage 3 squamous cell carcinoma.

By this time, Alexis and Christian were married (they tied the knot in 2011). Christian had been with Alexis during her mesothelioma diagnosis and treatment. He stayed by her side through the lowest of lows.

So, she returned the favor — with her first-hand experience as an added source of inspiration.

“It was so amazing how we were able to be there for each other,” she said. “There’s nothing we can’t get through together because we went through so many experiences together.”

Christian’s cancer was deemed “in remission,” the Houston Chronicle article says, at the end of 2017. His cancer fight seems to be finished. 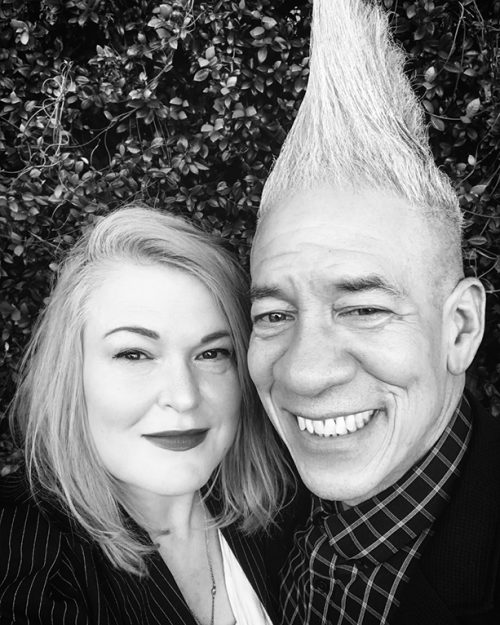 During the summer of 2019, a GoFundMe page published asking for financial support for Alexis’ health problems. According to the page, she has “Stage 4 congestive heart failure” and “Stage 3 kidney disease.” The fight never ends for Alexis.

“Being sick all the time can take the wind out of your sails,” she said. “You can get depressed easily. I was, at times, depressed. Which is understandable.”

The fortunate side? Alexis has a lot of people in her corner. The donations eclipsed the $2,500 goal by more than $400.

Those dollars will help cover the costs of treatment. They’re also a sign that Alexis and Christian have a community of support.

That community will be happy to know Alexis is fighting back.

Mesothelioma is different from many types of cancer. The disease is comprised of countless microscopic tumors, which makes total eradication nearly impossible.

Often, the best result is removing most of the tumors and monitoring any of the remnants. However, this means people are never “cured” of mesothelioma, and the disease could become active again.

“So the last time they did a laparoscopy on me, toward the end of my treatment, there was some plaque on the left side of my diaphragm,” Alexis said.

A laparoscopy is a low-invasive operation in the abdomen. With a few small incisions, doctors can insert a camera into the abdominal cavity to examine organs. Doctors use this procedure for peritoneal mesothelioma patients. Did the doctors notice signs of recurrence for Alexis?

It’s a wait-and-see game now. She visited Dr. Zaleski a few weeks ago, and he’s forming a plan to look into whether the cancer is active.

If so, Alexis knows the fight with mesothelioma isn’t finished. She’s ready for it, too, and she has a message for newly diagnosed mesothelioma patients.

“You get to live, you get to enjoy your life,” Alexis said. “There are challenges, lots of challenges, but you get more time to do whatever it is you want to do in your life.

“That’s miraculous to me.”