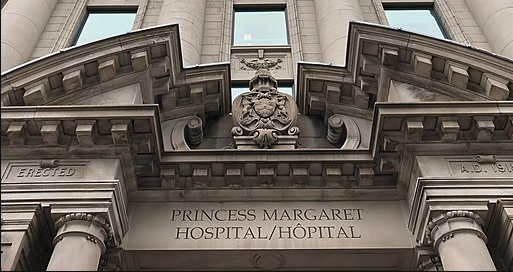 Advances in imaging technology for early detection of mesothelioma as well as immunotherapy used in multimodal treatments have recently shown great promise to extend life expectancy for mesothelioma patients.

A study published in September 2018 by Dr. Marc de Perrot, the man who pioneered the SMART treatment for pleural mesothelioma, and Dr. John Cho, the resident Radiation Oncologist at The Princess Margaret Cancer Center in Toronto, Canada, outlined the results of a series of tests conducted to determine the viability of this new radiation treatment.

They found several advantages to using hypofractionated radiation to slow or halt future metastasis of this aggressive cancer.

What are the Benefits of Hypofractionation?

Hypofractionation means that the dose of each blast of radiation administered to the tumor site is higher and more focused, allowing for fewer sessions in a shorter period of time immediately before or following a surgical procedure to resect the tumor.

Normofrationation on the other hand, which is currently utilized more often in the treatment of various types of cancer, is the administration of low doses of radiation, over a longer period, and with more frequent sessions.

The difference between these two methods is striking given the overall health of the study’s test subjects and their improved prognoses following treatment with the newer hypofractionated method. Patients who have to endure weeks of radiation treatments through the normofractionated method often develope pneumonitis, caused by damage to healthy cell DNA from the longer duration of treatment.

The study highlighted the specific benefits of the hypofractionated method stating that:

“Hypofractionated radiation has several advantages. It can be completed over a few days rather than a few weeks; it can be delivered in the induction or the adjuvant setting in combination with radical surgery; for a given total dose, it delivers much greater biological effect (compared to normofractionation); and, perhaps more importantly, it may provide a specific activation of the immune system directed against the tumor that could provide a platform for immunotherapy.”

A Potential New Standard of Treatment

Dr. de Perrot went on to say that the hypofractionation method limits and even halts the growth of most tumors in new areas such as the point of entry for surgery, which is often at risk of being seeded by cancer cells during the resection of diseased tissue.

The non-ablative hypofractionated radiation treatment is so encouraging primarily because of its ability to work well as a part of multimodal treatment plans that are being used more often to treat mesothelioma.

Dr. de Perrot also noted in his report that one of the reasons for this success is due to the immune response to non-ablative radiation, which doses are too low to remove the disease at a macroscopic level. When the non-ablative hypofractionated method is used, it triggers immune responses in the tumor cells and causes an upregulation and production of T cells that activate what are known as cytotoxic CD8+ T cells, which speed up cell death.

This opens new doors for patients with more aggressive or advanced stages of mesothelioma since this treatment can be used alongside immunotherapy treatments and radical surgery. With the promising results that this study has produced, it is likely that with more research this procedure could become a standard in care for mesothelioma patients.

For more information about high-volume facilities, specialists, and financial assistance, please contact Mesothelioma Guide’s patient advocate Karen Ritter. You can reach her by calling 888-385-2024 extension 102 or by emailing karen@mesotheliomaguide.com.