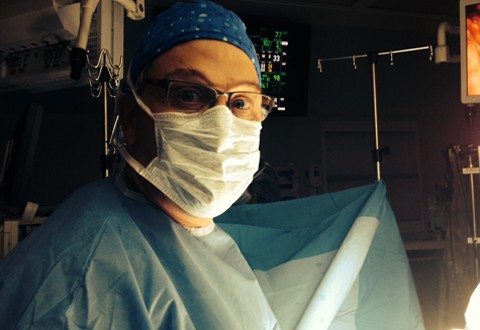 A few weeks ago, Dr. Avi Lebenthal performed the first heated chemotherapy bath ever completed at the Boston VA. Dr. Lebenthal has been performing this procedure for many years at Brigham and Women’s Hospital, but is now finally working with the team at the West Roxbury VA Hospital in Boston to bring this procedure to veterans seeking treatment at the Boston VA Hospital.

Dr. Abraham “Avi” Lebenthal splits his time between the Boston VA and Brigham and Women’s Hospital. He is one of the only mesothelioma specialists in the VA system.

“As a nation, the most valuable resource we have is our people. Morally and ethically we are obliged to provide them with the best possible care, especially our veterans,” Dr. Lebenthal said on the Boston VA’s website.

Five Years in the Making

In 2010 Dr. Lebenthal and the VA Boston started a comprehensive mesothelioma program at the West Roxbury campus. Now, five years later, they’ve made another improvement for veterans with mesothelioma by introducing heated chemotherapy to their VA system.

For the past five years, the team at West Roxbury has been treating veterans and becoming an efficient team of experts. During that time, Dr. Lebenthal continued performing heated chemotherapy at BWH but not at the VA.

He said the waiting was deliberate. “I didn’t do it for the last 5 years there because I was building a system and I wanted that system to be as strong as possible before I started doing this because it’s a really big operation,” Dr. Lebenthal told Mesothelioma Guide.

Dr. Lebenthal refers to the procedure as a “maximal cytoreductive therapy.” What he means by that is that the goal is to remove as much cancer as possible. In this case, surgery is done to remove as much visible tumor as possible and then the heated chemotherapy bath is done to kill any remaining cancer cells. Using more than one treatment together is called multimodal therapy.

Surgeons who work with pleural mesothelioma often have conflicting views on the best way to surgically remove tumors. The major issue is that many doctors remove a whole lung hoping that it will take more cancer with it while other doctors worry about the patient living with only one lung.

“I feel the answer is that if you can leave the lung and get a good oncological result…that’s worthwhile, but if leaving the lung means that you have to leave behind tumor it’s probably better to take the lung with the lining,” he said.

The first patient to receive a heated chemotherapy bath at the Boston VA was lucky. His tumors hadn’t spread too far to save his lung. “In this particular case, not only didn’t I take the lung out, in other words I saved the lung, but I was also able to save his diaphragm and usually when you save the diaphragm they do much better,” Dr. Lebenthal said.

Heated chemotherapy comes in after the tumors are surgically removed with or without the lung, the diaphragm, and the lining of the heart. Liquid chemotherapy is heated up to a high temperature, about 107 degrees. Then the doctors circulate it around through the chest cavity, or the abdomen if it’s a peritoneal case.

Chemotherapy at a high temperature can be more effective than a lower temperature. Since it has direct contact with the inside of the chest, it has a better chance of destroying the cells that could be hiding around the lung. These cells could grow into more mesothelioma tumors so destroying them is important to keep the cancer from recurring.

“Mesothelioma is a bad disease but within a bad disease there are ways to optimize somebody’s chances at staying alive for a longer time. The bottom line is that with heated chemo they have a survival advantage over surgery alone,” Dr. Lebenthal said.

Read more about the Boston VA and Dr. Lebenthal in Part 2

Much of this information was collected during an interview with Dr. Lebenthal. The interview was performed with express permission granted by the Public Relations office at the West Roxbury VA on October 2, 2015.