Alexis was diagnosed with peritoneal mesothelioma in 2007. She is going strong thanks to top of the line treatment and a strong desire to keep fighting.

Story of a Strong-Willed Survivor

At the time of her diagnosis, Alexis Kidd was an unassuming 37-year-old with a love for life and her punk rock husband, Christian. She was diagnosed with peritoneal mesothelioma and given anywhere from six months to two years to live. 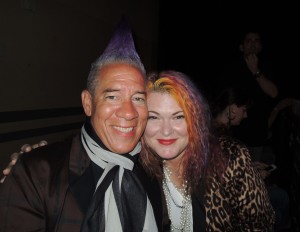 Alexis put everything she had into fighting her cancer and she is still here, more than a decade later, to inspire other patients battling mesothelioma.

Alexis was working two jobs in Houston, where she still lives, before she was diagnosed. She helped run a sales office during the week and worked in a boutique on the weekends. One thing that hasn’t changed is her appreciation for her husband who continues supporting and motivating her.

“He’s an amazing human being and I’m glad I get to spend time with him,” Alexis said. “I have a wonderful life, why would I want to leave it?”

Alexis started experiencing pain in her abdomen before she was diagnosed with mesothelioma. Like many patients before her, she thought it was a simple case of indigestion.

Eventually the pain in her abdomen was too much to handle. One morning she woke up and knew going into work wouldn’t be an option that day, but she was also mistrustful of doctors. “I grew up not having a good relationship with any doctors,” she said.

“Rather than try to start [a relationship with a new doctor] when I was in extreme pain, I was like, ‘What’s the closest emergency room that takes my insurance?’”

Her husband took her to the closest hospital and within an hour she was admitted to the emergency room. The next day her gallbladder was removed, but the doctors also found a suspicious growth on her diaphragm.

The growth, which looked like “a tiny grain of rice,” was sent to a pathology lab to be evaluated. This tiny growth is the tumor that turned out to be the first sign of her mesothelioma. She was informed of the situation and given her prognosis.

Oddly, despite these findings, all subsequent X-rays, CT scans and PET scans showed no signs of cancer. This made it harder for her to find a specialist and set up a treatment plan.

Struggling to Find a Specialist

Alexis decided not to tell anyone she was diagnosed at first. “I had to pretend that nothing was bothering me, but people who know you best always see through,” she said. “Scans were clear, X-rays were blank, we didn’t know how to treat it. And that’s why we didn’t tell anyone about it.”

Her general oncologists knew she had mesothelioma, but they didn’t know how to treat it. There are so few cases of peritoneal mesothelioma every year that this is not an uncommon scenario.

Alexis found her specialist through a stroke of luck.

Alexis’ boss’s hair stylist was engaged to the brother of Dr. Henry Zaleski, an oncologist at Methodist Hospital in Houston. He agreed to help and vowed to figure out a solution to her diagnosis. Dr. Sugarbaker, the top peritoneal mesothelioma specialist in the country, was contacted and agreed to work with Alexis’ doctor on her treatment plan.

Finding a specialist is the best way mesothelioma patients can take control of their prognosis, but it’s not always the most straightforward process.
Get Matched

The next step after getting a diagnosis is to lay out a treatment plan. The crux of Alexis’ treatment was cytoreductive surgery with heated intraperitoneal chemotherapy (HIPEC).

Cytoreductive surgery is a broad term for removing tumors throughout the abdomen. This includes tumors on the surfaces of organs in the abdomen as well as those found on the peritoneum, the lining of the abdomen from which peritoneal mesothelioma gets its name.

Cytoreductive surgery is not a new procedure and has been perfected over the years because it is the same surgery used for common abdominal cancers. What made Alexis’ treatment plan special was the addition of HIPEC. 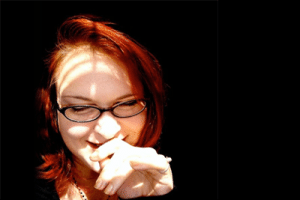 HIPEC involves bathing the abdomen in chemotherapy that has been heated to a temperature deadly to mesothelioma cells. The chemotherapy is then drained out of the abdomen.

HIPEC has been contested by some in the medical community for being too aggressive, but survivors like Alexis attribute their survival to it. The procedure has risen greatly in use over the past decade. In 2002, approximately 400 procedures were performed each year. Ten years later, over 1,300 were being performed each year across the United States.

“Dr. Sugarbaker agreed to work with my oncologist with doing the HIPEC surgery,” said Alexis. “They opened me up and took out the right half of my diaphragm.”

She had chemotherapy two months later. “Boy, did it make me sick,” said Alexis. “But I’m still here so whatever they did was right.”

Traversing the path to survivorship isn’t easy and Alexis’ experience shows that. She has had some unforeseen complications in her treatment and her life.

One of the first complications she dealt with happened during her first surgery. Doctors nicked a nerve in her throat when she was intubated. This affected her vomit response and she had to have an additional surgery to correct it.

She also dealt with infections surrounding the sites on her abdomen where chemotherapy was administered. She admitted this was frustrating and depressing, but also that her nurses at her hospital were uplifting and supportive.

Chemotherapy wasn’t easy either. She only completed four out of six chemotherapy infusions because she was getting so sick.

Only a few months after returning from treatment, Alexis was laid off from her full-time job. This left her without insurance and she was forced to go four years without any kind of treatment. The passage of the Affordable Care Act allowed her to get her first checkup in years.

Despite the difficulties she had to face, Alexis’ response is simple:

“Whatever I had to go through so I could stay.”
Cannot find Clinical Trial. Make sure an identifier has been added.

Survivor’s guilt occurs when someone feels a sense of having done wrong for surviving a traumatic event. A common example is when soldiers back from battle experience it in the form of posttraumatic stress disorder (PTSD). For cancer survivors, it is also common in those who have dramatically outlived their initial prognosis.

Mesothelioma is a cancer known for having a devastating prognosis. In Alexis’ case, she has struggled with survivor’s guilt for having outlived her prognosis by more than 6 years.

“I’m grateful and excited to be here. I am very fortunate, lucky, blessed, whatever amazing adjective there is,” said Alexis.

“But when other people end up dying as a result of getting treated for their cancers, I have a hard time dealing with it, I feel guilty.”

Much of the guilt she feels developed because she had friends battling cancer when she was diagnosed who didn’t make it. “I know rationally everyone’s different, their situations are different, but I still feel bad that they had to go,” she said. “It’s a real challenge to not take those deaths quite so personally.”

Alexis has admitted it’s hard for her to deal with the guilt still, but it also fosters an appreciation for the time she has fought so hard for. “I would have never married my husband if it weren’t for that miracle that happened that I got to stay.”

Alexis' Message to Other Cancer Patients

One of the most inspiring things about Alexis Kidd is her deep, unwavering appreciation for life. Above anything else, this is what helped her cope with her diagnosis and led to her being a survivor of over a decade. Her path has never been easy, but she has a talent for observing the things around her that make life worth living.

Her positivity and her ability to recognize that there will be pitfalls along the way has guided her. She has accepted that everyone wants a happy ending, but few realize cancer is an ongoing battle. Throughout her experience, four things stand out from her unique perspective that seemed to drive her: 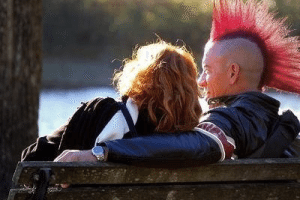 “Life is way too amazing to want to give up on it,” said Alexis. “I tend to ramble about this a lot. I tend to meet lots of survivors, people who have gone through different cancers, or are just starting, and we just know each other in some kind of deep, meaningful way. We talk and have these moments of sharing and understanding.”

Alexis’ overall message to patients who also have peritoneal mesothelioma is one of hope and optimism: you have to be willing to fight and believe in your ability to do so.

“It doesn’t mean the end,” said Alexis. “It’s not the death sentence it used to be. Believe it. I’m proof.”