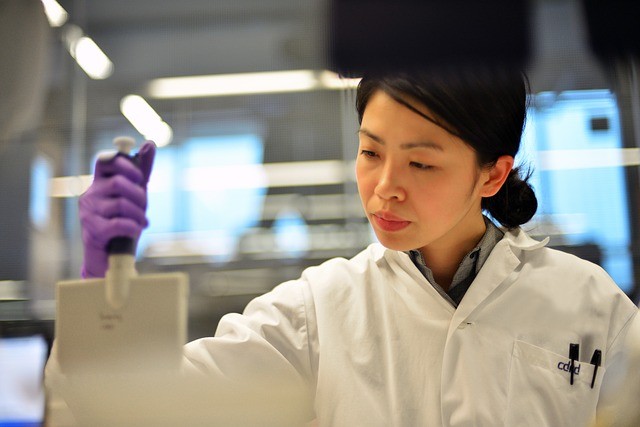 SELLAS Life Sciences Group recently announced phase II clinical trial results for a promising malignant pleural mesothelioma (MPM) vaccine. The patients who were administered the vaccine had more than double the survival rate of the patients who weren’t.

The WT1 vaccine is an immunotherapy drug being developed by Memorial Sloan-Kettering Cancer Center and MD Anderson Cancer Center. The vaccine is named after the antigen that it targets, the Wilm’s Tumor 1 (WT1) antigen.

SELLAS Life Sciences Group is the company behind the development of this drug and is a Switzerland-based company that focuses on developing new and innovative drugs. According to the company’s website, their vision is, “to practice the medicine of tomorrow, today.”

The WT1 vaccine is an impressive example of the group’s futuristic pharmaceuticals. It’s not only being tested for pleural mesothelioma, but also several other types of cancer. The drug could be helpful for killing mesothelioma cells that already exist and also for keeping mesothelioma from returning.

The trial was a double-blind and randomized study. In other words, nobody involved in the study knew which patients were getting the WT1 vaccine. This prevents the doctors and patients from being biased about the effects. Blinded studies like these have an unbiased Data Monitoring Committee to keep track of the results since the doctors can’t be aware of them.

In addition, patients who received WT1 went 11.5 months without any signs of disease progression, more than twice that of the control arm which was only 5.5 months. The WT1 vaccine also had a favorable safety and tolerability profile.

“MPM is a highly debilitating and often fatal disease, and patients deserve new treatments that have the potential to address current needs. These results, pending their replication in Phase 3 studies, can offer hope for patients with MPM,” said Dr. Marjorie G. Zauderer, the principal investigator of the study and a physician at Memorial Sloan Kettering.

The total enrollment was 40 patients – 19 received the vaccine and 21 in the control arm that did not. The study was supposed to be much larger, but the Data Monitoring Committee decided to cancel the control arm because it wasn’t having a significant effect on the patients.

“In our trial, one of the criteria was that, if patients in one of the two arms would have a higher than expected relapse rate (as determined by the Data Monitoring Committee) within 12 months, that arm would need to be discontinued due to futility because patients would have no benefit being in that arm,” Dr. Angelos M. Stergiou, CEO & Chairman of SELLAS, told Mesothelioma Guide.

How the WT1 Vaccine Fights Mesothelioma

The WT1 vaccine attacks the Wilm’s Tumor 1 antigen. An antigen is anything that the immune system thinks is harmful. The immune system responds to antigens by sending out proteins called antibodies. Antibodies destroy any substances containing the antigens.

The WT1 gene in the body is not usually expressed in adult tissues. However, it appears in a lot of cancers. So the vaccine’s goal is to convince the immune system to act against WT1.

Because the WT1 vaccine can train the immune system to target mesothelioma, it can continue to fight it off and keep it from coming back. WT1 could prevent mesothelioma relapses and improve survival rates with a good quality of life.

The Future of WT1

The pivotal Phase III of the clinical trial is expected to begin in early 2016 and should be available in the US, Europe and possibly Australia. SELLAS is also concerned with how quickly they can get this drug on the market for the patients who need it. They are making it a priority to learn how to get through the regulatory processes efficiently to bring the WT1 vaccine to mesothelioma patients as soon as possible.

Clinical trials like this are how researchers move closer to a cure.

“We appreciate the diligent work performed by all physicians, study nurses, and the entire research teams and also would like to thank patients and their families for participating in this clinical trial. Only with their participation and support are we able to continue with our development work to advance our cancer vaccine toward the approval stage,” Dr. Stergiou said.