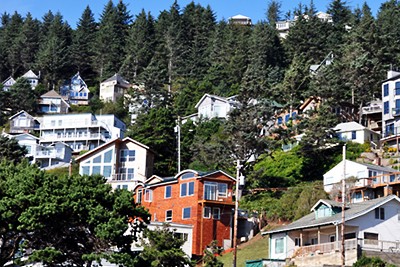 Why Oregon Is Struggling to Make Meaningful Asbestos Reform

Earlier this year, Oregon passed new legislation to increase regulations for asbestos removal before demolition. After receiving a complaint from a concerned neighbor, it turns out that there have probably been hundreds if not thousands of Portland area homes demolished in the past decade with asbestos still inside.

If asbestos is not removed before a demolition, the debris could be released in the air and spread to nearby areas. Workers and neighbors are at risk for all of the health problems associated with asbestos exposure. Because of the latency period, families in the area could find out years later that they developed mesothelioma just from living near a house that was improperly demolished.

In response to the new law, the Oregon Department of Environmental Quality (DEQ) formed an advisory committee made up of 24 experts on asbestos.The goal of forming this committee was to get advice on how to effectively implement the new law. Instead of providing advice on how to make the law work, the experts spent much of their meeting discussing the flaws they found in the legislation.

Why the System Doesn’t Work

In Portland, a concerned neighbor watched in awe when she saw the home next door to her being demolished. She instinctively told her sons to come inside. Another local confronted the workers who couldn’t confirm if there was asbestos in the house. She then called to report the incident.

In that particular case, it turned out that the house had contained 393 square-feet of flooring with asbestos in it. Unfortunately, it turns out the only unique part of this case is that the companies involved were reported and fined. Usually these types of demolition mistakes go unreported.

Most houses in the Portland area are old enough to have been built when asbestos products were popular. Government regulators and experts estimate that 80-90 percent of homes in the area contain asbestos.

751 Portland homes were demolished between 2011 and 2014, so it’s probable that at least 600 of those contained asbestos. Since only about a third were reported as having asbestos abatement, that would mean that an estimated 350 homes just in the past few years have been demolished with asbestos in them.

It’s obvious the system needs to be fixed, but critics doubt the new law will make a substantial difference.

Why the New Law Won’t Work

The new law requires the DEQ’s policy and rule-making board, the Environmental Quality Commission (EQC), to make sure an accredited inspector performs an asbestos survey on every house before it can be demolished.

When it came time to discuss how to implement the law, flaws in the plan became obvious.

The law doesn’t require contractors to provide documented proof that they did an inspection. Not only that, but it also doesn’t require inspections for renovations, only for demolitions. The law also exempts work done by homeowners.

These flaws could be deadly. John Mayer, the owner of an asbestos-removal company and a member of the advisory committee claims that renovations are probably even more dangerous than demolitions. During renovations the asbestos stays in the home affecting the people who live there for a long time and increasing the risk of mesothelioma.

Fixing the Holes in Asbestos Legislation

A few years ago, researchers in Australia sought to explain a sharp increase in the number of mesothelioma cases. Their study published in the Medical Journal of Australia showed that the recent increase was the result of home renovations and repairs, especially “Do-It-Yourself” projects.

The results of this study prove that improper safety during renovations can cause a rise in mesothelioma cases.

If legislation is going to protect people from asbestos exposure it would have to confront this frightening trend. Demolition is dangerous because it can release asbestos into public air, but renovations put homeowners at risk of long-term exposure in a confined space.

Laws need to be stricter and more thorough when governing how demolition and renovations on houses with possible asbestos are handled. Asbestos testing should be done at a wider array of work-sites and they should be required to supply proof.