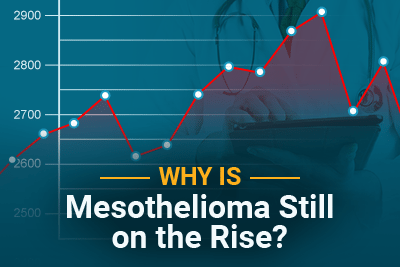 Why Is Mesothelioma Still on the Rise?

Mesothelioma deaths are still rising in the United States according to a report by the Centers for Disease Control and Prevention (CDC). Previous reports estimated that mesothelioma deaths would begin to decline in 2005. This new report proves otherwise. The report also underscores the importance of prevention. The easiest way to prevent mesothelioma in future generations is by spreading awareness about asbestos exposure, the only known cause of this cancer.

Key Statistics From the CDC’s Report 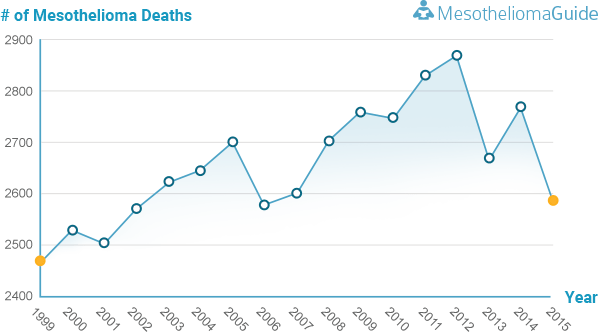 Why Are People Still Developing Mesothelioma?

Asbestos is not banned in the United States. It is somewhat regulated and is no longer used frequently. Even though asbestos is not used as often now, it is still found in products made when asbestos was popular.

Mesothelioma is usually caused by asbestos use on the job. Occupational exposure accounts for most mesothelioma cases. Because of the long latency period, some newly diagnosed patients may have been exposed before asbestos use declined.

Now, asbestos is rarely used by any industry. However, the asbestos used decades ago in construction is still present in many buildings and other structures. Many people are exposed to asbestos while working with these older products.

Some cities struggle to regulate home demolition and renovation. In order to complete these projects safely, houses should be checked for asbestos. If asbestos is found, it should be removed by remediation specialists before work begins. If remediation is not done properly, workers and bystanders can be exposed to asbestos.

“The continuing occurrence of malignant mesothelioma deaths underscores the need for maintaining measures to prevent exposure to asbestos fibers and other causative EMPs [elongate mineral particles] and for ongoing surveillance to monitor temporal trends,” the CDC report says.

The EPA plans to review asbestos as a toxic substance in the next few years. Anti-asbestos advocates hope their review will result in an all out ban of the substance. A ban could help reduce the number of mesothelioma cases in the future.