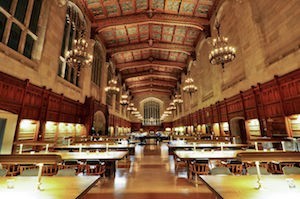 Claimants are calling the bankruptcy settlement of Garlock Sealing Technologies unfair to victims of asbestos exposure. The challenge emerged out of the proposed amount that Garlock would pay into its asbestos trust fund.

The main issue at hand, according to the Official Committee of Asbestos Personal Injury Claimants (known as the ACC), is that Garlock is providing insufficient funding for asbestos victims.

With the rise in litigation against companies that exposed people to asbestos, companies like Garlock were unable to sustain themselves. The only option for these companies was to file for bankruptcy.

The problem with these bankruptcies was that mesothelioma takes about 40 years to develop. Many people who were unknowingly exposed to asbestos would miss their opportunity to seek justice.

That’s why bankrupt asbestos companies were required to set up trust funds for anyone who developed mesothelioma from exposure to Garlock products.

If an victim of a bankrupt company develops mesothelioma, that person can file a claim against the trust fund.

This allows mesothelioma patients to receive compensation and damages for the negligent actions of the company.

As a company focused on sealing technology, there’s no surprise that asbestos was commonly used. Garlock used asbestos for the gaskets it manufactures for heavy machinery. Asbestos was widely used because of its heat-resistant and insulating abilities.

Unfortunately, countless people were knowingly exposed to asbestos without being aware of the dangers. This put Garlock at fault for asbestos-related diseases in countless individuals.

Garlock is currently using legal loopholes to keep its trust funding minimal, critics claim. Last year a judge ordered the company to set up a $125 million trust to cover the Garlock’s liabilities to people exposed to its products.

Garlock has currently organized the trust to pay up to $357.5 million over time.

But critics say this amount is far too small given the size of the company.

Many asbestos trust funds are valued over $1 billion, and groups like the ACC are calling for Garlock to pay at least $1 billion into its trust fund.

Garlock, however, contends that its organization plan will ensure that future claimants all get an equal distribution of compensation without the trust being depleted. This argument resonates with many other companies that have set up asbestos trust funds who say claimants often take advantage of the system.

The arguments regarded the organization of the Garlock trust are to be tied up by the year’s end.