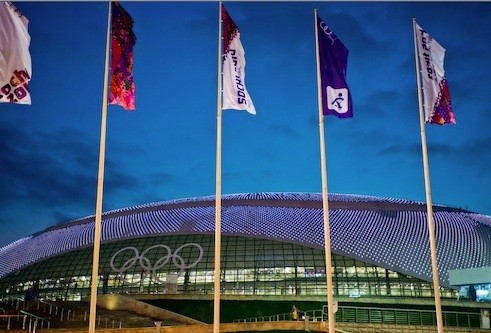 Hosting the Olympics is always a chance for the host nation to show off. As the most expensive Games to date, Russia did not hold back. The two weeks during the Olympics are a time for international competition and camaraderie, but they also thrust the host country’s faults and transgressions into the spotlight.

The close of the 2014 Sochi Winter Olympics this weekend brings some questions to mind regarding international environmental standards, including the regulation of asbestos. Especially since Russia produces the most in the world.

The construction leading up to the Sochi Olympics involved billions of dollars worth of resources. As part of offering goodwill in the construction of the Olympic Park, Russia created the Green Standard.

All building resources had to be approved by a committee before being used in the construction of the Olympic Park, so no known asbestos products were used. However, this isn’t a standard seen throughout Russia.

It’s now clear that the Green Standard was a public relations ploy and a broken promise. Those living in Sochi were mostly indignant about the construction leading up to the Olympics.

A story reported by Reuters in January highlighted the risk of water contamination for residents, flooding and dust clouds completely engulfing the surrounding neighborhoods. One resident even compared the conditions to those of Native American reservations in the early 19th century.

The Story of Asbest, Russia 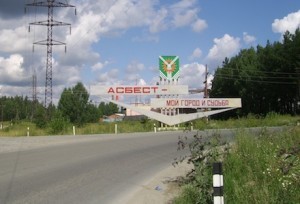 1,800 miles from Sochi, an industrial city in Russia still relies on the mining of chrysotile asbestos, for which it was named. Asbest produces tons of asbestos every year. The wind carries asbestos dust throughout the city, coating houses and people. Residents often complain of itchy skin and most mine workers have a persistent cough. These are both symptoms of asbestos exposure. Unfortunately, the asbestos industry in Russia is thriving as other countries place protective regulations on asbestos, essentially flushing out their competition.

Unfortunately, Russia has a weaker judicial system that makes it hard for citizens to take claims against large companies such as the ones producing asbestos. In the wake of the Green Standard created for the construction of the Sochi Olympic Park, the lax attitude toward asbestos in Russia seems not only a grave contradiction, but a total disregard to environmentalists, mesothelioma advocates and human life.

Hypocrisy In the Green Standard

Asbestos production is either banned or heavily regulated in most of the developed world. To be fair, Russia is not the only country still producing and using asbestos products. Countries like India, Brazil and China are all players in the asbestos game although they have more than enough capacity to regulate its use.

Asbestos is banned under the Green Standard for use in the construction of any Olympic buildings. However, there is a strong note of contradiction in the fact that Russia produces more asbestos than any country in the world. Or maybe the Green Standard was actually a step in the right direction, though towns like Asbest don’t seem to be slowing production of the deadly mineral any time soon.

While it’s commendable that the Winter Olympics used the Green Standard in the construction of the Olympic Park, it’s reprehensible that they don’t apply this standard in the regulation of asbestos.