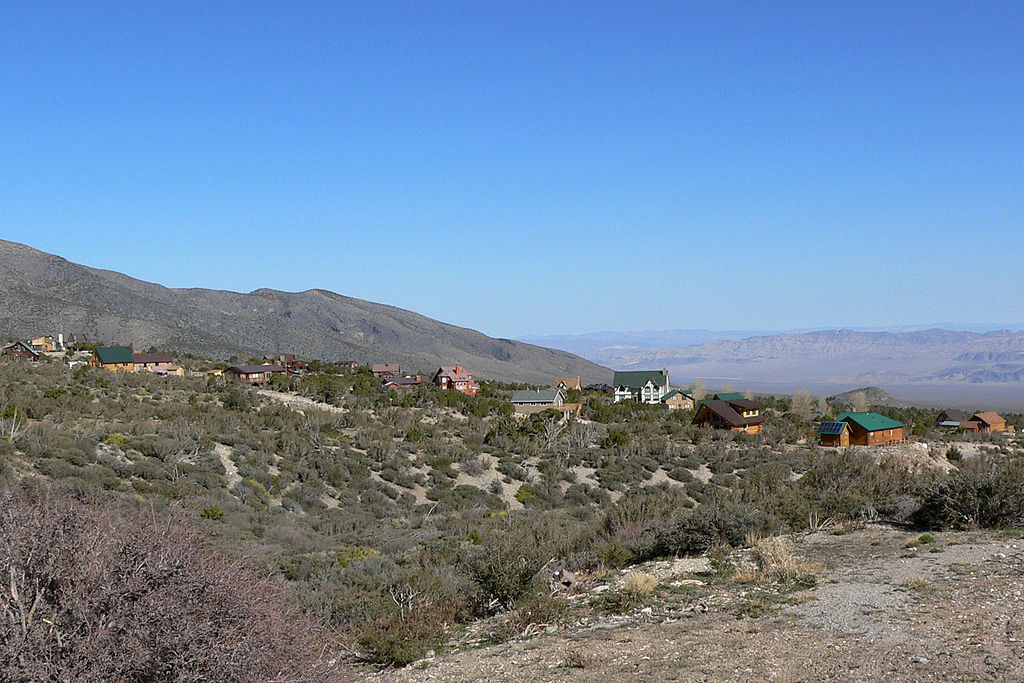 Geologists in Boulder City, Nevada have recently found deposits of naturally occurring asbestos in the southern region of the state. Most people are generally aware that asbestos can be found in household and industrial products, posing a threat for DIY home renovators and certain occupations. Many people, however, tend to overlook the origin of asbestos as a naturally occurring mineral.

This is the first time there has been an incidence of naturally occurring asbestos in Clark County, Nevada.

Right now the question being asked is, “How concerned should people be?” However, that may be a hard question to answer at the moment. Professor Brenda Buck and her team of geologists from the University of Nevada Las Vegas are currently working towards an answer.

“We have identified a hazard, but until more studies are done we do not know what the risk is, so we can’t tell you how concerned someone should be,” Buck told Mesothelioma Guide. “The risk could be and likely will be very different depending on location and what activities are being done.”

In the study examining the issue, 43 samples were collected from rock, soil, dirt roads, dust, car tires, and the clothing of the geologists. Of all the samples, each one had discernible amounts of asbestos-like fibers.

Some contention remains over the potential public health risk posed by the discovery of asbestos-like fibers in southern Nevada. At the center of the controversy is the classification of the asbestos.

Asbestos has several different forms and naturally occurring asbestos is usually accompanied by other minerals that aren’t classified as asbestos.

The fibers that were found suggest that they are one of the six different types of asbestos that are known carcinogens. However, making the determination of whether the fibers are harmful can be complicated.

Furthermore, because minute concentrations of asbestos may not be harmful, it is uncertain whether there is a definite risk of developing an asbestos-related disease from exposure.

“Unfortunately a lot more work needs to be done before the risk is fully understood,” said Professor Buck.

Handling the removal of asbestos is dangerous, expensive and takes special care. There are many companies across the country that handle asbestos abatement for residential homes and commercial buildings, but dealing with asbestos fibers that cover miles of ground is a different story.

“What we have identified is a hazard. As such, people should try to avoid this hazard whenever possible,” said Buck. “Of course, since the fibers in the air are not visible to the naked eye, it isn’t always possible to know when you might be exposed to them.”

Using existing geological maps, however, geologists at UNLV created a map to show the potential areas where asbestos could exist based on the type of rock they found the asbestos in. People who live in the region should avoid these high-risk areas if possible.

The predominant risk is the arid climate of Nevada and the dust that is generated in the process. Dust can be stirred up from hiking, walking or driving on the soil, and the fibers can remain airborne indefinitely.

This makes it easy for wind to carry the fibers to other locations. Furthermore, second-hand exposure is also a threat since the fibers can attach to clothing and tires. The fibers could subsequently be transported into homes and offices.

The University of Nevada has a three-year grant from the Bureau of Land Management to complete their examination and identify other areas that may be a potential threat. This includes checking to see if any cases of mesothelioma in the region could have resulted from natural exposure.

Libby, Montana is one of the most famous cases of naturally occurring asbestos. This mining community was unaware that asbestos fibers were being kicked up by the mining of asbestos-contaminated vermiculite. Mortality rates from asbestosis and mesothelioma in Libby were 40 to 80 times higher than other regions in the United States.

The study by UNLV found that the fibers found in Nevada are similar to those present in Libby. The potential danger should be enough to cause concern about public health standards. The example of Libby, Montana provides more than enough evidence of why it is better to be cautious, which is exactly what researchers at UNLV are advocating.