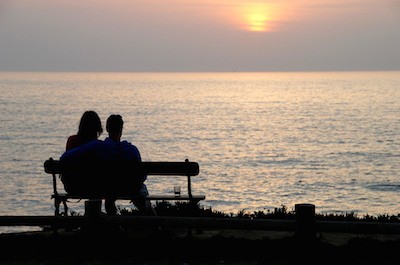 Mesothelioma Then & Now: How Treatment Has Evolved Over the Last Eleven Years

Last week, on September 26th, was the 11th annual National Mesothelioma Awareness Day. Since its inception in 2004, a lot has changed in the world of mesothelioma research and treatment. There are many up-and-coming treatments offering patients more hope than ever before.

Finding a New Standard of Care

In 2004, the Food and Drug Administration (FDA) also approved Alimta (pemetrexed disodium) to be used with cisplatin as a treatment for pleural mesothelioma patients.

The combination of Alimta and cisplatin has been used since then as the standard of care for mesothelioma. Eleven years may not seem like a long time but considering the amazing advances that have been made for mesothelioma treatments since then, it seems like much longer.

Now, a drug called bevacizumab (Avastin) might finally be a change for the standard of mesothelioma care. A phase III clinical trial was recently completed by a French organization called Intergroupe Francophone de Cancerologie Thoracique. The trial showed that adding bevacizumab to the standard treatment of Alimta and cisplatin resulted in a significantly longer overall survival rate for patients with malignant pleural mesothelioma.

Around the time Mesothelioma Awareness Day was founded, doctors all over the United States were adopting intensity modulated radiation therapy (IMRT).

A survey performed in 2003 found that less than a third of radiation oncologists in the U.S. were using this new technology.

Then in 2005 another survey was performed that showed that nearly 75 percent of radiation oncologists were using IMRT.

IMRT allows doctors to use radiation more precisely. The intensity of the radiation can be adjusted based on tumor size. This helps avoid using excess radiation which could damage healthy cells. Doctors not only use this radiation commonly, but they have also come up with several new ways of using it to improve survival rates for patients.

One of the most promising new developments is SMART (Surgery for Mesothelioma After Radiation Therapy). SMART involves using IMRT to reduce tumor size and eliminate some smaller tumors before a surgeon performs surgery. This way the surgery is much more effective.

SMART was tested on 25 malignant pleural mesothelioma patients and resulted in an amazing 84 percent survival rate after 3 years. This is almost eight times the general survival rate for this disease and significantly higher than the results of using radiation after surgery. SMART is still being tested in clinical trials.

An important example is the use of hyperthermic intraperitoneal chemotherapy (HIPEC). HIPEC is a treatment for peritoneal mesothelioma that involves using heated liquid chemotherapy and letting it have direct contact with the remaining mesothelioma cells in the abdomen.

Surgeons debated the strategy for a long time because it is such an aggressive way of treating peritoneal mesothelioma. Now, it’s practiced by many mesothelioma specialists with a lot of success. Many surgeons also use heated intraoperative chemotherapy to treat surgical candidates with pleural mesothelioma.

Other intraoperative therapies that have become popular in recent years are radiation and photodynamic therapy. Using radiation during the operation allows the radiation to affect the tumors directly instead of having to go through healthy tissue.

Photodynamic therapy has been effective because it uses light to damage the tumors. During surgery the doctors can shine laser light directly on tumors. Photodynamic therapy uses a medicine that can make mesothelioma cells sensitive to light. During surgery, doctors shine a laser directly on tumors, which kills the mesothelioma cells infused with the light-sensitive medicine.

Other Advances Made in Mesothelioma Treatment

Even more amazing advances have been made in the last 11 years. These include:

Many of these impressive novel treatments are still being tested in clinical trials. When patients include clinical trials in their search for treatment, they have many more options to choose from. A lot can change in 11 years. Fortunately, things have changed for the better for mesothelioma patients since the first Mesothelioma Awareness Day.