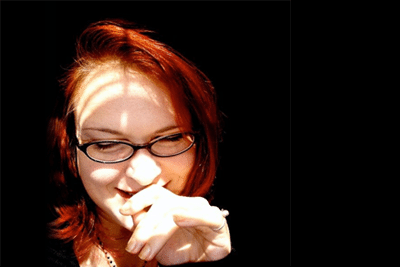 When I was a young girl, I had no idea what health insurance was.  Or what it was for.  I just knew that we did not have a regular doctor, we did not go for annual checkups, & we pretty much did not see physician at all unless it was an emergency.  I chalk all of that up to being the daughter of a single mother in the early seventies.

As a young adult, when I finally got a job that provided access to health insurance, I really did not do anything with it.  Part of me knew that I could take advantage of it and do what I had known others to do… find a doctor, get regular exams, keep tabs on my health.  But as that was not how I was raised, I just kept paying into it with the idea that it would be there for me if anything unfortunate happened.  It seemed a luxury to have it at all… I sort of felt like I should save it for a rainy day, so to speak.

And that proverbial rainy day did come… in my late thirties I found myself in a local emergency room, awaiting admission to the hospital as it had been determined that my gallbladder had to be removed.  Secondary to the pain being gone, I was grateful that I actually had health insurance so I could focus more on getting through the surgery & getting well again.

Just over a month later when I was diagnosed with mesothelioma, there were a lot of questions.  For the first several months everything was kind of in a blur, but knowing I had insurance at least gave me a little peace of mind that I might at least be able to get  help from somewhere.  Just around the time when I finally found an oncologist who was willing to try to treat me, my insurance company launched a new program for cancer patients.  They matched each patient with an RN who sort of worked as a liaison between the patient, doctor, & insurance company to help ensure that everyone’s needs are met in the most equitable way possible.  My nurse would check in with me to see how I was doing, which was incredibly valuable to me.  Not only was she a source of real & practical information, but she actively sought to ease my mind as best she could.

She was also my advocate when the insurance company would refuse to permit a test that my oncologist ordered due to the cost, or when chemotherapy infusions made me so violently ill that my doctor would keep me in the hospital for at least two days after each session in order to monitor my health.  It was an incredibly forward-thinking program that I feel truly made a difference in the quality & continuity of care that I was able to receive because the insurance company employed real nurses who could speak the language of both players in the game of chess that had my life in the balance.  She not only helped the insurance company understand what treatments & services were necessary & which were not, but she also looked after my emotional well-being.  Insurance became so much more than a pathway to healthcare at that time… it was almost as if my insurance company was actually a part of my healthcare team.

Due to complications after my initial surgery in which the right side of my diaphragm was removed & replaced by the same mesh that they use to repair hernias as well as a HIPEC treatment, I was out on sick leave for six months.  When I finally felt well enough to go back to my office job, I still had at least two more chemotherapy sessions to go.  Once again, my gratitude for having insurance was boundless, as my cancer program nurse helped me a great deal at this point.  But three months after my return, my position was eliminated & I was laid off.

At the time, our local economy was not so great, & I knew that it would be possible that I would have trouble getting another job right away.  Prior to the devastating news that I would be losing my job, my doctor & I had already planned an exploratory surgery in order to see where we were as far as progress was concerned.  Had the chemotherapy been successful in stalling the growth of my cancer?  We decided to go ahead & see what we could see via laparoscopy, as scans would show us nothing.  They never did.

It turned out that the results of the surgery were not terribly conclusive, but ‘cancer free’ was spoken & I asked to get the ports that had been surgically implanted in my abdomen for chemotherapy taken out.  My oncologist was surprisingly reluctant to agree, which gave me the indication that my fight is nowhere near over.  But agree he did, because he understood that it might be some time before I could manage testing & treatment again due to lack of insurance.  Not to mention that an annual laparoscopy in order to check my cancer’s progress was not exactly the ideal way to go.

I paid for COBRA for as long as I could, but as nearly everyone knows, it is horribly expensive.  This was right around the time that President Obama had implemented a temporary subsidy which was designed to help people like me keep health insurance in between jobs- & it actually helped a great deal.  But once the subsidy was no longer available, I could not make any further payments.  It simply cost too much.  For the first time in more than ten years I would have no insurance… & for the first time, I actually cared about it.

Searching for individual insurance in general is a challenge… I have heard nightmare stories about how someone had been in the emergency room once, or had been prescribed an anti-anxiety medicine once during a rough patch, & their premiums were impossibly high  I never really understood that mentality, because even if an individual policy was not part of a company pool, it still is a part of the greater pool.  But I am not an insurance person, so it is not mine to understand.  At any rate, when I first started looking for a policy for myself, it was truly demoralizing.  Precious few companies would even let me buy into a policy.

A couple of those that would agree to cover me at all would only do so if I agreed to sign a rider that would exclude anything to do with my cancer. Either that, or they would only cover cancer related care on a limited basis after I have gone without any sort of treatment for a minimum of five years.  One company wanted me to wait eight years before they would cover anything related to my cancer.  And even then, because of my preexisting condition, I would pay a higher premium as well as have a higher deductible…

The Story Continues in Part 2