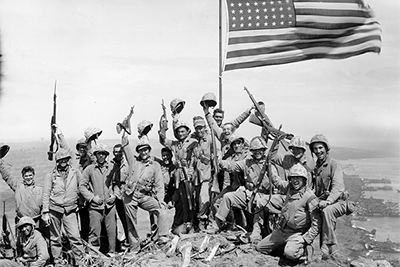 Mesothelioma: The Forgotten Sacrifice of Veterans

Today marks the anniversary of the armistice that ended the First World War. Originally known as Armistice Day, the holiday was renamed Veterans Day in 1954 to include and honor all members of the armed forces who have served the United States. Veterans who developed mesothelioma as a result of their service should especially be remembered.

The purpose of this national holiday is to reflect on the sacrifices veterans have made for their country and to be thankful. Many veterans have given their lives as a result of service, but there are many other poignant burdens our veterans have had to carry.

Most of us are familiar with service-related disabilities like post-traumatic stress disorder and paraplegia. These are disabilities that deserve and need attention.

However, asbestos-related diseases like mesothelioma aren’t so common among the general public and doesn’t get much attention even though veterans make up the largest group of individuals affected by asbestos.

The rarity of diseases like mesothelioma and the time it takes them to develop seem to cast this issue into the shadows. Part of the reason for this is that unlike most service-related disabilities, which are obvious immediately, mesothelioma takes 20 to 50 years to develop.

Despite being relatively unknown, over a 1/3 of all mesothelioma cases are veterans.

Why Are So Many Veterans Mesothelioma Patients?

There is a definite reason why veterans are the largest group of people diagnosed with mesothelioma. It is simply because of the prevalence of asbestos throughout the military.

All that was needed were more opportunities to use this carcinogenic material. The wartime production of the Second World War was the perfect breeding ground.

Americans all know about the massive effort undertaken by the military and civilians alike during WWII. The rise in wartime production of weapons, ships and other vehicles required the cooperation of all Americans.

What most Americans don’t know is that, unfortunately, this huge increase in wartime production correlated to an increase in asbestos production. Asbestos was brought to shipyards by the truckload during this time and no one knew to protect themselves.

It is estimated that over 300 asbestos products were used throughout the military from the 1930s until the late 1970s. There were thousands of pounds of asbestos used on some ships, and those living and serving on these vessels had an inevitable risk of asbestos exposure.

Asbestos Was Used In Every Branch of the Armed Forces

The Navy has the highest rates of mesothelioma compared to all other branches of the military. This has to do with the perceived convenience of using asbestos on ships.

Ships operated engines in confined quarters, and fires on board were a real threat. Asbestos helped alleviate this issue because of its fire resistant qualities.

Marines and Coast Guardsmen faced many of the same threats as Navy veterans. Until 1998, the Marine Corps deployed battalions on Navy aircraft carriers. 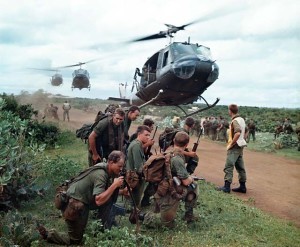 This put Marines at risk of exposure because asbestos was virtually everywhere in Navy ships. This also applies to Coast Guard ships, which also increased in production during WWII.

While the Army and the Air Force doesn’t have as many threats of exposure, there were still tangible risks for these veterans. Barracks, tanks and aircraft all used asbestos in their manufacturing.

This put veterans living in barracks at risk as well as mechanics and engineers who worked on vehicles and barracks.

Occupational exposure was the most common way veterans from all branches encountered asbestos. Veterans who have developed mesothelioma

are usually those who served in construction trades, including: electricians, pipe-fitters, shipyard workers and mechanics.

No Longer a Threat, But the Fight Isn’t Over

During the 1970s and early 1980s, federal regulations were established to protect Americans from asbestos exposure. These safety regulations translated to the military as well, and asbestos was slowly removed from ships and barracks. Furthermore, new equipment did not use asbestos.

There is still a slight risk, however, for veterans today of encountering asbestos in old barracks and vehicles, but it is unlikely. Although these veterans are safe, veterans who served prior to the 1970s are still at a risk of developing mesothelioma – the fight is still on.

Currently, there are approximately 3,000 cases of mesothelioma a year and that number is expected to increase substantially in the next decade. This means 1,000 or more veterans will be diagnosed each year.

The primary thing veterans who may have been exposed can do is to stay vigilant about their health. Getting an early diagnosis is one of the number one ways veterans can improve their chances of survival in the case that they develop mesothelioma.

For veterans who have already received a diagnosis, there are many resources available to help them through treatment, including VA benefits. Veterans can visit our VA Claims page for help filing VA Benefits.

Mesothelioma is rare, so awareness is more important than ever. The unequal distribution of veterans with mesothelioma is just another reason to support awareness. On this Veterans Day, while we are remembering those who served us and their sacrifices, let’s also remember the forgotten sacrifice of those veterans who developed mesothelioma.