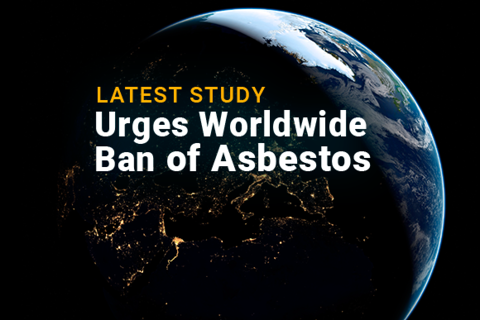 A recently published study has revealed that mesothelioma mortality rates have increased over time. Every year in the United States, about 2,000 to 3,000 people are diagnosed with this disease.

The Urgency to Ban Asbestos Worldwide

From this data, researchers are supporting the need to ban asbestos worldwide.

Since it takes years for mesothelioma symptoms to appear, many people are shocked to receive their diagnosis. In some cases, patients are not even aware of when they were exposed to asbestos in their lifetime.

Many individuals are exposed

Mesothelioma warriors have been defying the odds and researchers have been making great strides to find a cure for this disease. Currently, the only known cure is prevention.

Can We Ban It?

The only known cause of mesothelioma is asbestos. 55 nations have banned it, but the United States hasn’t. Canada plans to officially ban asbestos by 2018.

The last time that the United States tried banning asbestos was in 1989. However, it was overturned in 1991. With the updated Toxic Substances Control Act, the EPA has been placed under strict deadlines to regulate more than 80,000 toxic substances. Asbestos is on the top of their list, but it still could take the EPA up to 5 years to take action.

You can have your voice be heard by signing ADAO’s Ban Asbestos in the US Now, Without Loopholes or Exceptions petition. This petition urges the EPA to not waste any more time on banning asbestos in the United States.