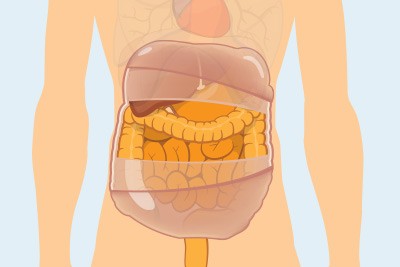 How Your Gut Could Help Fight Mesothelioma

Researchers may have discovered the reason that immunotherapy drugs work miracles on some mesothelioma patients and have no effect on others. Doctors have tried to tackle this problem from every angle they could think of and now there’s a new focus: the gut.

Recent studies show that one of the major factors in immune response is intestinal microbiota, or gut microbes. Over the past few years researchers have been tracking the connections between gut bacteria and cancer to try to create new treatments for cancers like mesothelioma.

Every person’s body reacts differently to cancer and its treatments. “Differences in immune responses to cancer may be due to genetic variants, differences in the tumor mutations, environmental differences, or a combination of these factors,” said Dr. Thomas F. Gajewski, a researcher from the University of Chicago.

A leading research journal, Science, recently published the findings of an experiment performed by Dr. Gajewski and his team at the University of Chicago. Their goal was to explain why some patients have a stronger immune response to cancer than others.

The team experimented using two sets of mice with different gut microbes. One set was purchased from Jackson Laboratory (JAX) and one set from Taconic Biosciences (TAC). When the researchers studied them separately, the TAC mice developed more aggressive tumors than the JAX mice. The JAX mice had a stronger immune response against the cancer, helping them to fight off the disease.

However, when the mice were kept together, they all had similar responses. The somewhat gross reason for this: mice eat each other’s feces. When the TAC mice ate the JAX feces they gained the microbes that JAX mice had in their intestines.

The researchers noted that the reaction to the cancer was correlated to the presence of one type of microbe: Bifidobacterium, sometimes referred to as Bifs. When the researchers purposefully gave these Bifs to mice, they were able to improve their immune response to the cancer.

For mesothelioma patients, one of the most promising new treatment options are immunotherapy drugs. These drugs channel a patient’s own immune system to fight off the mesothelioma in their body. Usually this results in fewer side effects than traditional cancer treatments because the immune system can target only specific cells.

Keytruda (pembrolizumab) was developed by the global healthcare company, Merck. It is an anti-PD-L1 drug that has been shown to improve a mesothelioma patient’s prognosis. PD-L1 is a protein in some people’s bodies that suppresses their immune system. Keytruda works to block PD-L1, allowing the immune system to have a greater response against the cancer cells.

In an early study testing Keytruda for pleural mesothelioma, 28% of patients saw improvement in their condition and 48% stabilized their disease. In other words, doctors were able to control the disease in 76% of patients.

Keytruda is currently being tested to treat mesothelioma in clinical trials at the University of Chicago.

The Future of Gut Microbes and Immunotherapy

If these results can translate to humans, we could see an improvement in the response rates from drugs like Keytruda. With gut microbes that encourage the immune system to fight off cancer and drugs that block immune suppressing proteins, patients could have a better chance of fighting mesothelioma.