History of Asbestos and Mesothelioma

Since the ancient civilizations of Egypt and Scandinavia, asbestos fibers have been used in building materials and cloth. Pliny, a Roman scholar, realized that illnesses were being caused by asbestos. He found it in the fireproof clothing of slaves. Asbestos use declined in the Middle Ages, though it is rumored that Charlemagne used asbestos tablecloths. Asbestos began to be used again in the 1700’s, but it did not become popular again until the 1800’s, during the Industrial Revolution. 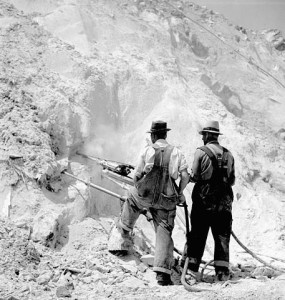 The first case of mesothelioma is believed to have been discovered by Joseph Lieutaud, the personal physician to King Louis XVI in 1767. Although it wasn’t called ‘mesothelioma’ then, the symptoms that Lieutaud wrote about follow those of malignant pleural mesothelioma. As of 1896, doctors were able to link asbestos with the this rare form of respiratory and lung cancer. From 1916-1919 doctors began seeing that people were dying unnaturally young. These people were citizens of coal mining towns and experienced trouble breathing because of their exposure to asbestos.

The first patent using asbestos was issued in the United States in 1828. Since then, asbestos has been used to build office buildings, homes, and other things that people come in daily contact with. Even though the health risks are known, companies continue to use asbestos materials.

As more asbestos ridden materials are used, the higher risk that people have of coming into contact with it and obtaining a form of mesothelioma. There was a short ten year ban on all uses of asbestos from 1979-1989. Companies were claiming that the ban was causing them hardships in finding other materials to build and insulate with. What companies were not taking into account was the hardships that their employees may face later on down the road.

In the years following, there was a stronger force in asbestos laws. Laws were tightened so that the asbestos was tested and standards were increased for approval. However, despite the tightening of laws concerning asbestos, it was still a threat to the health of civilians. On September 11, 2001, as both the World Trade Center Towers collapsed there was an astronomical amount of asbestos fibers released into the New York City air.

Knowing that they put many of their employees at risk, companies have been allowed to set up trust funds for those who come forward and claim their asbestos exposure on the companies. At this point in time, there are many trust funds set up, on both the private and governmental level.

There is somewhere close to 40 billion dollars that have been set aside to help compensate for mesothelioma patients and other illnesses caused by asbestos. If you have been diagnosed with mesothelioma, you are probably eligible for some compensation.