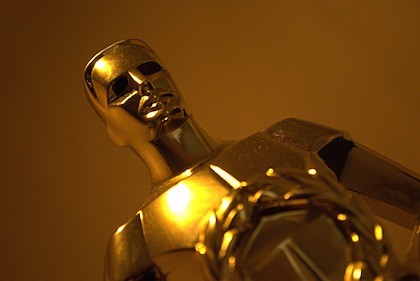 Why Hasn’t Hollywood Talked About Mesothelioma?

The Oscars are an exciting part of the year; they give us a chance to appreciate the current and past talent in Hollywood. The talent of actors, actresses, directors and producers at the Oscars reaches people across the globe in deeply emotional and intellectual ways. It’s often more than entertainment because these people have the ability to spread ideas that may otherwise go unknown to the public for years.

In light of this, one question comes to mind: although the Academy Awards is in its 86th year, why hasn’t Hollywood touched the subject of asbestos litigation?

This may seem like a trivial question at first glance, but it should be taken into consideration that celebrities aren’t immune to mesothelioma. Actors Steve McQueen and Paul Gleason both lost their lives to mesothelioma. The famous character actor Ed Lauter passed away from the disease just last year.

Can Hollywood Really Be Expected to Make a Film About Asbestos? 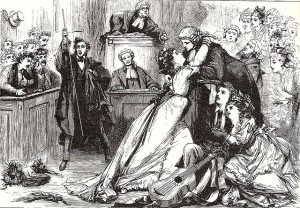 Hollywood loves making movies about trial lawyers. It is no secret that there can be an overwhelming sense of contention and drama surrounding the courtroom in real life and Hollywood has exploited that naturally occurring drama since the advent of motion pictures.

Films centered on trial proceedings have taught us the basics of criminal and civil judicial procedure while bringing hotly debated topics into the public consciousness. Hollywood has one of the biggest soapboxes with which to shout its causes from, but some causes remain ignored—the history of asbestos litigation and occupational exposure a glaring example.

Some might argue that no one would want to watch a movie about asbestos litigation. Movies where the protagonist is a trial lawyer are supposed to focus on an intriguing, dramatic case. For most of us, murder trials come to mind. There is no doubt that murder cases make for good plot lines, they are inherently interesting. However, good acting makes seemingly boring plotlines interesting as well.

Hollywood has a history of making judicially centered movies like “A Civil Action,” starring John Travolta, which tackle an obscure, often difficult, topic. In this film’s case, the plot is based on a true story of a town with an epidemic of leukemia caused by the contamination of the town’s water supply by a chemical company.

The chemical company is ultimately forced to settle the case and incurs injunctions from the EPA for the cleanup. This scenario is similar to what has happened among workers and corporations manufacturing or using asbestos products. The difference is that the story in “A Civil Action” was an isolated incident, while stories of incredulous asbestos exposure have taken place all over the country. 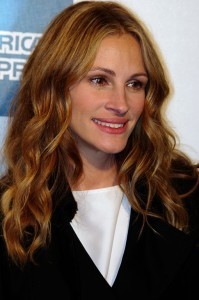 Two other great examples of trial movies that covered seemingly less sexy topics are “The Verdict,” a film about medical malpractice, and “Erin Brockovich,” which focuses on a suit against a power company accused of polluting the water supply. These are both critically acclaimed movies; “Erin Brockovich” was nominated for Best Picture and Best Director at the 73rd Academy Awards. Julia Roberts even took home an Oscar for her role as the leading character.

To that end, the best weapon in Hollywood’s arsenal when it comes to tackling an issue like asbestos litigation is great actors and actresses. They make the story interesting; it’s their job to draw us in.

Why Would a Hollywood Film Be Important to Mesothelioma Awareness?

Thousands of people have died as a result of corporate negligence. These deaths are largely unknown to the general public; most people talk about mesothelioma in jest because of the abundant asbestos commercials that seem to inundate daytime television programming. However, Hollywood is still yet to produce a film that brings the sacrifice of hard-working Americans and the seriousness of the situation to light. Imagine if Cate Blanchett’s Oscar for Best Actress this year had been for a role in a movie about asbestos litigation.

So if the only concern is that asbestos cases aren’t dramatic enough, there really isn’t much of an argument against promoting this issue. Rather, it’s a fundamentally poor excuse. Asbestos litigation cases are some of the most contentious tort cases that take place in the United States. They are cases truly defined by victims taking on powerful defendants and winning. These are David versus Goliath type stories; the kind of stories Americans revel in.

It’s also no secret that Hollywood is predominantly liberal, which means they have never had a problem going against the corporate grain—they simply make enough money on their own to not worry about angering corporate America. This is a unique place to be, as most people able to raise awareness and institute real change are often at the mercy of lobbyists and corporate sanctions.

Maybe one day soon we’ll see Hollywood stand up and use their soapbox to protest defiantly against a disease that is preventable in nearly every case that goes to court.