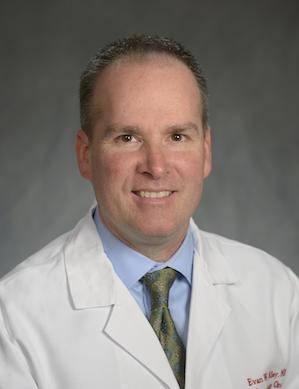 On Monday, Dr. Evan Alley announced the results from a Phase 1b clinical trial for patients with advanced mesothelioma at the 2015 American Association for Cancer Research Annual Meeting. The study, known as KEYNOTE-028, evaluated pembrolizumab, an immunotherapy drug, in over 20 tumor types including mesothelioma.

In the trial, 25 patients with advanced mesothelioma were treated with 10 mg of pembrolizumab every two weeks. Of these patients, seven experienced tumor regression and 12 had a stable disease. All participants had late stage mesothelioma and were previously treated with standard chemotherapy.

Overall, 76 percent of mesothelioma patients in the study achieved control over their disease with little to no side effects, and 28 percent had actual tumor shrinkage.

Although this is a small study, it’s a big step forward. The completion of the Phase 1b trials means that Phase 2 trials (read: a larger trial with a better sample size) are likely around the corner.

“This study has provided an early glimpse of the potential benefits of using pembrolizumab in patients with malignant pleural mesothelioma,” said Alley in a press release before the AACR meeting.

Dr. Alley is part of the Penn Mesothelioma and Pleural Program team at the Perelman School of Medicine at the University of Pennsylvania.

PD-1 is a protein on found on the surface of killer T cells that inhibits the cells from attacking cancerous cells in the body. When Pembrolizumab binds to the PD-1, the T cells are able to destroy mesothelioma cells throughout the body.

There is no approved second-line therapy for mesothelioma patients, but clinical studies of immunotherapy drugs like pembrolizumab could lead to a breakthrough in treatment. This is important to develop for a well-rounded approach to treating mesothelioma with long-term survival. In fact, pembrolizumab’s greatest benefit lies in its potential as a second-line therapy.

“When you look at second-line treatments, which is what this patient population was, response rates are very poor with chemotherapy,” Dr. Alley said at the AACR meeting.

Many second-line treatments for mesothelioma involve chemotherapy. Dr. Alley explained that many of these studies report response rates around 10 percent, a discouraging statistic compared to the 76 percent rate reported yesterday.

“The fact that we saw 28 percent in a small study, and the additional stable disease rate, it was quite encouraging,” Dr. Alley said.