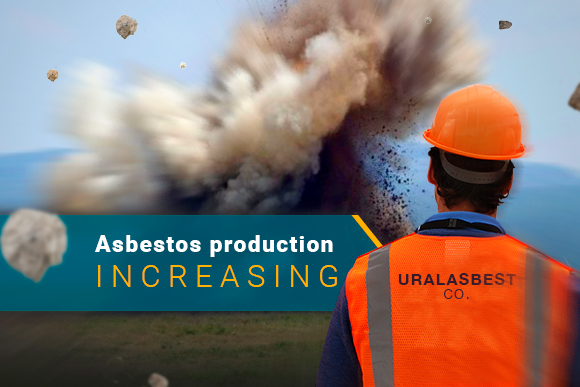 According to the Asbestos Disease Awareness Organization, a nonprofit focused on the prevention of asbestos exposure, there has been an enormous spike in asbestos imports to the U.S. in the first half of 2018. The increase was so significant that it has nearly quadrupled this year compared to the levels recorded at the same time in 2017.

Why are Asbestos Sales Increasing?

The ADAO released a research report urging government agencies like the Environmental Protection Agency to take action against the import of this known carcinogen.

With recent statements in support of asbestos by EPA officials and no initiative to ban the substance by any administrations, past or present, an opening has emerged in the regulatory checks typically imposed by the agency. These openings are prime targets for the asbestos industry to lobby for further deregulation.

The President and Co-Founder of the ADAO, Linda Reinstein, stated in the report that:

“According to the U.S. International Trade Commission (USITC), between January to April 2018, the chemical industry has spent $500,000 bringing in nearly 260 tons of asbestos from Russia and Brazil, which is four times greater than the January – April 2017 imports of 67 tons.”

Uralasbest, one of the largest producers of raw asbestos, has been the focus of several international inquiries and research investigations citing the dangers posed to the surrounding environment and human population by strip mining asbestos. This method of mining involves blasting entire hillsides with TNT to loosen minerals hidden in the Earth. A process which has been used since the early 20th Century and has resulted in the largest open-pit asbestos mine on the planet, roughly equal to half the length of Manhattan island.

Using high explosives spreads the microscopic fibers through the atmosphere of the local area causing serious health concerns. Inhalation and ingestion of asbestos fibers are what leads to diseases like pleural and peritoneal mesothelioma cancer.

Still, there is significant resistance to an asbestos ban from the citizens of towns like Asbest, Russia. They rely on the Uralasbest mine for nearly everything from employment to sponsoring the local soccer team. Somewhat ironically, even the healthcare of these residents is provided by Uralasbest, making misinformation campaigns to hide the dangers of asbestos in the town even more aggressive.

Since there is still no ban on asbestos imports or use in the United States, companies like Uralasbest can continue production of asbestos insulation and even ship raw chrysotile asbestos into the country with no oversight. With the harmful mineral still being used in buildings, car parts, and even some clothing and cosmetics, the cases of mesothelioma and other diseases caused by asbestos exposure will continue far into the future.

Will the U.S. Ever Ban Asbestos?

Currently, there is far too much international support for the asbestos industry, especially in Russia, and their lobby has proven to be well funded and supported by the State, with a sphere of influence second only to the tobacco industry at its height.

Anyone who threatens or even questions the industry in any way is seen as trying to take the livelihood of the citizens of Asbest. This creates a serious obstacle for International health agencies like the World Health Organization who have pleaded with governments to ban the production of asbestos citing the scientific consensus on the dangers of asbestos exposure at any level.

In 2012, doctors and cancer specialists from around the world co-signed a letter to the International Agency for Research on Cancer (IARC) beseeching them to halt their relationship with the leaders of an international conference on asbestos being held in Kiev, Ukraine that same year. The letter firmly disavows the actions taken by Russian and Ukrainian asbestos institutes, saying:

“These institutes criticize WHO and IARC positions and deny the clear, independent, and reputable science regarding harm caused by chrysotile asbestos. We have concerns that these institutes, especially the Russian Institute, are trying to use IARC’s reputation to distort scientific evidence already established among the world public health community.”

The Future of Asbestos Imports

Eventually, the data will be too grim to ignore. Between 1999 and 2015, there have been more than 45,000 deaths in the United States from malignant mesothelioma and that number is poised to increase considerably as the population ages and symptoms begin to manifest in more people who have been exposed.

Hopefully, we will see the powers that be yield to science and institute a plan to halt this train before it runs entirely off the track. Limiting asbestos imports and preferably instituting a ban on the toxic substance is the only surefire way to lower the risk of asbestos exposure. Until then, if you have been diagnosed with asbestos-related cancer or know someone close to you who has, it is imperative to consult with a mesothelioma specialist and get the care you desperately require.

For more information on specialists, clinical trials, and treatment options, please contact our Patient Advocacy Nurse  Jenna Campagna, RN. You may reach her by calling 888-385-2024 extension 102 or by emailing: jenna@mesotheliomaguide.com