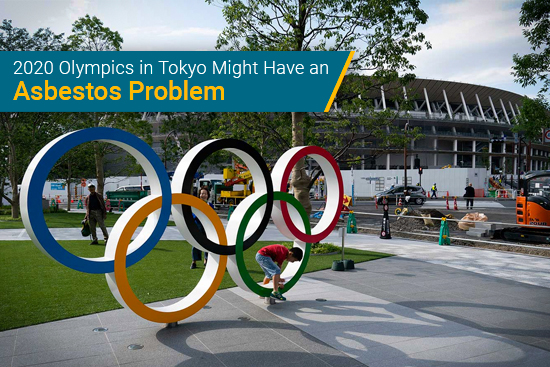 Could a deadly, cancer-causing toxin be rampant throughout the 2020 Summer Olympics venues?

Organizers in Tokyo hope not, but they are reportedly taking action after finding asbestos at a swimming facility. The New York Times reported the news last week — citing the Asahi newspaper in Japan — and said Tokyo’s Olympics officials would begin “emergency countermeasures” to ensure the safety of athletes and audience members.

Asbestos was found as a spray-on substance on the roof of the Tokyo Tatsumi International Swimming Center. This venue will include water polo contests during the Olympics. The roof of old buildings is a common place to find asbestos.

However, when disturbed, microscopic particles fragment and enter the oxygen. People can then inhale or swallow the dust, which includes sharp edges that pierce through the body’s sensitive cells.

If these sharp fibers reach one of three linings — between the chest wall and lung cavity, around the abdomen or covering the heart — then mesothelioma may form. The general public learned of the connection between asbestos and cancer at the very end of the 20th century.

Mesothelioma affects approximately 3,000 people in America each year, and around 43,000 people die each year globally. Many countries have banned asbestos from commercial use to decrease the number of mesothelioma cases. Japan is one of the 60-plus countries to do so (the United States has not, but there is an asbestos ban bill in the House of Representatives).

The New York Times cited the Asahi newspaper regarding the government’s industry regulations regarding asbestos. In most instances, the mineral must be “removed or covered up” when found. However, the Tokyo government said the amount found in the Tokyo swimming facility was “not to be large in scale, in a stable condition and not accessible.”

Therefore, officials left it alone — but then changed course later. According to the New York Times, the Asahi newspaper did not provide further details about what actions officials took.

Get Your Free Guide Speak to a Patient Advocate