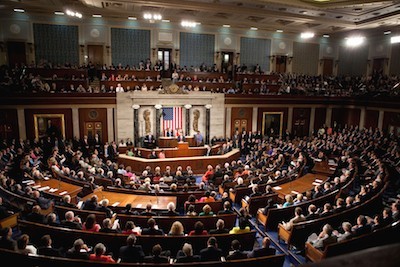 House representatives Suzan DelBene and Gene Green introduced legislation on Monday that would modernize current asbestos reporting laws. If it becomes law, the Reducing Exposure to Asbestos Database (READ) Act would provide public access to information on products containing asbestos in the United States. It could also simplify litigation for victims of wrongful asbestos exposure.

Senators Dick Durbin and Ed Markey introduced the READ Act to the Senate on March 10, 2015. Sen. Durbin’s bill would amend the Asbestos Information Act (AIA), which was signed into law by President Ronald Reagan in 1988.

The database would allow anyone to search for asbestos-containing products based on information, such as the name of the product, the name of the manufacturer or importer, or the location where asbestos products have been used.

Protecting the Public from Asbestos

It’s a common misconception that asbestos was banned in the U.S. long ago. Asbestos products, such as brake pads and cement shingles, are still legally manufactured and imported into the country. Yet, few people are aware that asbestos is still used in the U.S. and even fewer know which products are likely to contain the carcinogenic mineral.

“Every year, far too many Americans and their families suffer the deadly consequences of asbestos exposure,” Sen. Durbin said in a press release. “The goal of [the READ act] is simple: increase the transparency and accessibility of data informing the public about where asbestos is known to be present. This information will increase awareness, reduce exposure, and help save lives.”

Approximately 10,000 people die from asbestos-related diseases each year, a number that has stayed relatively consistent over the past decade. This bill could potentially reduce this number by providing accessible information to millions of people; at the very least it offers a tool for concerned individuals to protect themselves and their families.

One of the rarely mentioned purposes of 1988’s AIA is its relation to asbestos litigation. By requiring asbestos companies to submit data about their products, legislators hoped this would make it easier for plaintiffs to identify defendants in mesothelioma lawsuits. However, it is still hard for many attorneys to pinpoint the exact source of a mesothelioma patient’s asbestos exposure. The limitations of technology in the 1980s made it hard to build a navigable database.

The advent of the internet, and its ubiquity in American homes, is an opportunity for citizens and legal consultants to have direct access to up-to-date information about asbestos-containing products. The current rules under the AIA are considerably dated when the storage capacity and accessibility of the internet is considered.

The READ Act could spark the creation of an invaluable database for mesothelioma patients and family members who are pursuing litigation. This could help streamline the litigation process.

The transparency of the database would make information available at the start of legal proceedings, which would circumvent timely motions for evidence. It would also help ensure the right companies are being pursued.

Durbin and Markey Coming Together?

The Alan Reinstein and Trevor Schaefer Toxic Chemical Protection Act explicitly addresses the need to reduce asbestos exposure in the U.S. It gives the EPA the authority to further limit and regulate asbestos among numerous other cancer-causing substances, which it was denied in 1991 by a federal appeals court. Sen. Markey co-sponsored this bill.

This bill has been competing with the Frank R. Lautenberg Chemical Safety for the 21st Century Act, a similar piece of legislation that critics say doesn’t go far enough to reduce the impact of asbestos.

Interestingly, Sen. Durbin is a supporter of the Lautenberg bill, seemingly putting him at odds on some fronts with Sen. Markey. The READ Act, however, is apparently a matter of common sense for the senators. Whether it’s common sense for the rest of Congress is still to be seen.