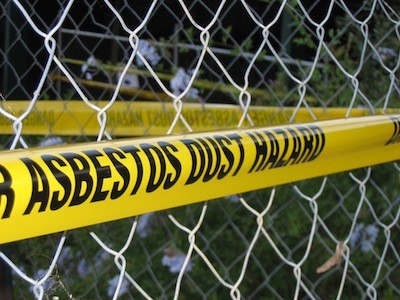 National Asbestos Awareness Week, which lasts through April 7th, is designated to spark conversation about asbestos-related diseases such as mesothelioma.

The hope is that the conversation will inspire increased research funding and an awareness of victims’ compensation available for treatment costs. Unfortunately, the rarity of mesothelioma has currently put research funding on the backburner compared to other cancers.

Asbestos Awareness Week also aims to scrutinize asbestos regulations in the U.S. Although asbestos has been regulated for over 30 years, it isn’t officially banned. It is estimated that over a quarter million tons of asbestos was imported between 1991 and 2001.

In memory of the disaster faced by his constituents in Libby, Senator Max Baucus of Montana introduced a resolution in 2005 to make the first week of April “National Asbestos Awareness Week.” 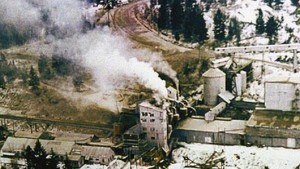 Libby was the site of a large mining operation that exposed hundreds of workers and residents to toxic asbestos dust. Nearly 300 people in Libby have died from mesothelioma and asbestos-related diseases—a phenomenal number of cases given the population isn’t even over 3,000 people.

“Asbestos Awareness Week is a rallying cry to keep the tragedy of Libby from happening again,” Baucus said in 2013. “It’s also an opportunity to remind people that much more work lies ahead to help victims of asbestos-related diseases.”

Although Asbestos Awareness Week was borne on the shoulders of the devastation faced by residents of Libby, their story has become a poignant vehicle to drive up the profile of asbestos-related diseases. This is an opportunity for advocates to have their voices heard, pushing for further asbestos regulation, compensating victims and increasing funding for mesothelioma research.

This week is also a time to recognize our veterans. Military veterans make up the largest percentage of mesothelioma diagnoses in the country. Since it is a cheap insulator and fire retardant, asbestos was used widely in the military, especially in naval vessels. It is unfortunate that those who have served the country make up such a large portion of mesothelioma cases. However, veterans have several unique avenues to receive treatment and hopefully increase their life expectancy.

The Cry for More Funding

Clinical trials played a huge role in mesothelioma survivor Kendra’s remission. She was diagnosed over 10 years ago.

Throughout the years, Asbestos Awareness Week has advocated for more than preventing exposure to asbestos. It has also been a bullhorn for demanding access to better treatment for mesothelioma patients, a salient tool for advocates.

Research funding that creates new treatment options through potentially life-saving clinical trials is imperative for both future and current mesothelioma patients. Several mesothelioma survivors have attributed the extra years they gained to treatments they received as part of a clinical trial.

Last but not least on the asbestos awareness agenda is the prevention of future cases of mesothelioma. Unfortunately, many people are unaware of the risks posed to them in their homes or on the job.

“For workers or homeowners, avoiding activities involving the disturbance of materials or products containing asbestos is the surest means of avoiding asbestos exposure,” the surgeon general said in response to Asbestos Awareness Week.

Many people aren’t aware of what asbestos looks like or if they are at risk. Those living in older homes (typically those built before the 1980s) and various trade occupations need to be aware of existing asbestos. The best defense is to educate yourself on what products could contain asbestos and to avoid disturbing those products.