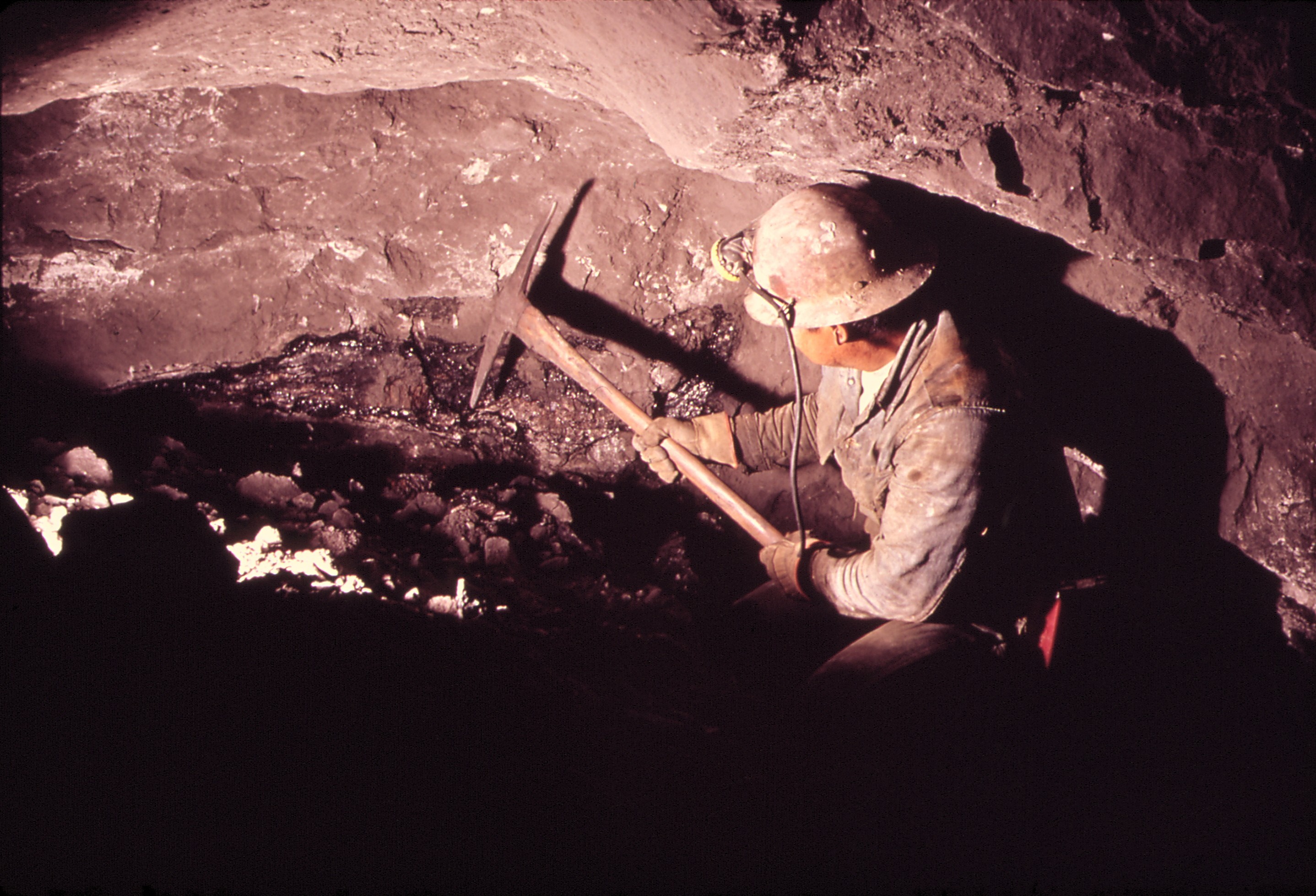 Twenty-one new cases of mesothelioma originating in northeastern Minnesota have stoked questions about the high incidence of the disease in the local mining industry.

The Minnesota Department of Health (MDH) and the University of Minnesota have been studying this mesothelioma in the mining community since the 1990s.

“It was the first time that anybody had ever identified mesothelioma in mine workers as an occupational group,” said Buddy Ferguson, a spokesman for MDH.

On February 17, MDH announced that 21 cases of mesothelioma had been found in a cohort of 69,000 mine workers. “The reason we set out the news release and made a public statement about is not that it was anything terribly surprising,” said Ferguson.

“But it is something that, as we discover more cases, we feel that we have an obligation to tell the public, and in particular, the mineworkers.”

These 21 cases aren’t surprising because the rates of mesothelioma in northeastern Minnesota are high. Saint Louis County has the 21st highest rate of mesothelioma deaths out of all counties in the country with approximately 25 deaths per million—more than double the U.S. average. 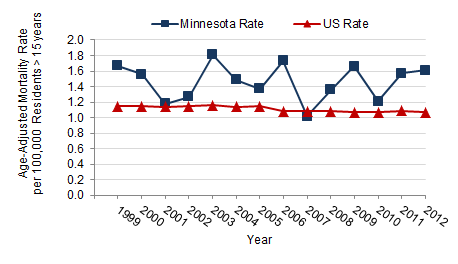 From the Minnesota Department of Health

The Minnesota Department of Health recognizes two sources for the incidence of mesothelioma in the area, including 1) a ceiling tile manufacturing plant that used asbestos from 1958 to 1974 and 2) the taconite mining industry.

The exposure related to the manufacturing plant is pretty straightforward given that the products were made with asbestos. As with many mining operations, asbestos has also had commercial purpose in the taconite industry. However, some people suspect actual taconite dust could be responsible for causing so many cases of mesothelioma. 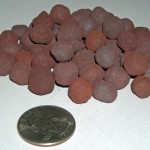 Taconite is a type of rock with high iron content. It is mined and subsequently processed to extract the iron ore. Iron is extracted from taconite by grinding the rock into a fine powder and using magnets to lift out any iron particles. The iron is then rolled into pellets. Both the mining and processing of taconite produce large amounts of dust that workers breathe in. This dust could be contributing to the high incidence of mesothelioma in Iron Range.

Is Taconite Still a Risk?

The University of Minnesota School of Public Health launched a study of taconite and its relationship to miners with mesothelioma in 2008. Researchers evaluated the incidence of mesothelioma in the industry and its possible causes from taconite dust to asbestos exposure outside the industry. In December 2014, the study was completed, but the results were inconclusive. It’s still unclear whether taconite is a threat, but most authorities have set it aside as a significant risk factor.

“There probably has been enough exposure to commercial asbestos in the mining industry over time to account for the elevated mesothelioma rates we’re seeing in the miners, but we can’t rule out a role for taconite,” said Ferguson.

The difficulty in determining the root of the problem in Minnesota is the latency period of mesothelioma. Because it takes decades for the disease to develop, there is essentially no telling where workers in the region faced the majority of their exposure. Many men in the taconite industry who have recently developed mesothelioma also had a history of asbestos exposure in previous occupations.

Chances are that the boom in mesothelioma diagnoses in the region is the result of the region’s prominent blue-collar culture. Many of the men diagnosed with mesothelioma in the area have worked around asbestos at some point in their careers, and there is no safe level of asbestos exposure.

“Because of the long latency period, we expect to continue seeing more cases in that group over time,” said Ferguson.

There’s no telling when MDH and the University of Minnesota will find a conclusive answer to what’s causing the high rates of mesothelioma in miners, but the data kept by these organizations do provide useful information. If you’re a miner from the region, it’s important to stay on top of your health and seek immediate medical attention should you experience any symptoms of mesothelioma.